The sportswear giant’s recent #DareToCreate campaign encouraged users to share tweets using the hashtag which would automatically create an image of its new Arsenal football kit with the users Twitter handle on the back.

These images would then be shared by Adidas’ UK official Twitter account alongside a link to purchase the customised shirts.

The retailer was soon forced to pull the plug on its experimental digital campaign after a “small minority” of Twitter users began posting offensive images which were subsequently shared widely.

You're not born a Londoner, you're made one.
Introducing the new 2019/20 @Arsenal Home kit, exclusively available now: https://t.co/SZpz5J5qr4#DareToCreate pic.twitter.com/OXU5XqiRbK

These included @GasAllJewss, @MadelineMcCann, and @96wasnotenough, referring to the Hillsborough disaster, while others included further racist slogans.

“As part of our partnership launch with Arsenal we have been made aware of the abuse of a Twitter personalisation mechanic created to allow excited fans to get their name on the back of the new jersey,” Adidas said.

“Due to a small minority creating offensive versions of this we have immediately turned off the functionality and the Twitter team will be investigating.”

Arsenal football club added: “We totally condemn the use of language of this nature, which has no place in our game or society.”

“We work hard as a club to encourage diversity and inclusion through our Arsenal for Everyone programme, launched in 2008 as a celebration of the diversity of the Arsenal family.

“Through a number of initiatives undertaken in the community, inside Emirates Stadium and throughout the club, Arsenal strives to ensure that everyone associated with the club feels an equal sense of belonging.”

Alibaba is looking for 100,000 influencers to help brands sell their goods 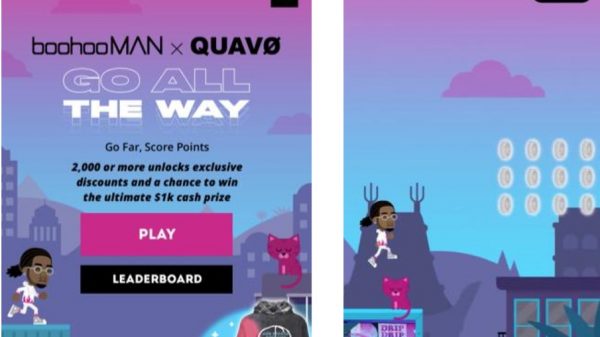 Since the term “robot” was first coined by Czech author Karel Čapek in 1921, the idea of an autonomous, mechanical entity handling the most laborious roles of the working world…
READ MORE
Menu
This website uses cookies to improve your experience. We'll assume you're ok with this, but you can opt-out if you wish. Accept Read More
Privacy & Cookies Policy
Necessary Always Enabled