iPhones are set to lose 30 per cent of their current value later this month when the new iPhone 11 is officially announced.

Apple is due to reveal three new iPhone models over the next two weeks, leading to a dramatic depreciation of current models, according to new research from MusicMagpie.

Using its own trade-in data, MusicMagpie has produced its fourth annual Phone Depreciation Report, revealing that despite handset prices reaching all time highs they are also depreciating faster than ever. 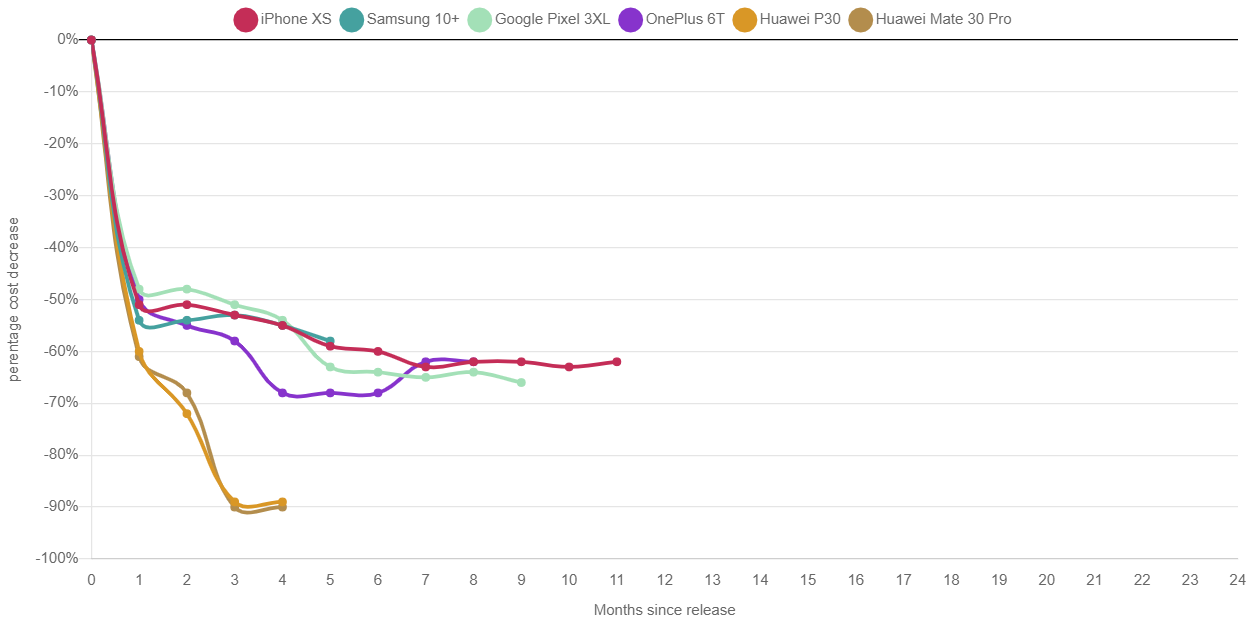 Last year’s flagship iPhone XS saw its price depreciate a whopping 60 per cent after just six months on the market, while 2017’s iPhone X saw its value drop 39 per cent in the same period, despite both launching for £999.

It’s not just Apple’s high-spec phones which are diving in value, according to the report Samsung’s increasingly expensive “Plus” range have also seen depreciation increase in parallel.

Surprisingly Apple remains the smartphone brand which retains the most value, losing 44 per cent of their value in 12 months.

This compares to Google’s Pixel phones which saw 62 per cent wiped off their value over the same period, while Huawei’s dive 84 per cent and OnePlus handsets drop a massive 97 per cent over the first 12 months.

“In the past, we’ve seen that devices with higher specs typically tend to hold their values well, however, in the recent set of releases, this hasn’t been the case,” MusicMagpie’s managing director John Miller said.

“The reason for this is mainly a lack of innovation and consumers can’t distinguish between the upgraded features which leads to them choosing an older generation of the phone when thinking of ‘upgrading’ – because essentially, they can purchase an older version of the phone and it does the same thing, but for a lot cheaper.”