Ebay and Amazon have been slammed by Which? for continually failing to remove toys declared unsafe by EU safety regulators.

In the consumer watchdog’s latest attack on the dominant online marketplaces, Which? has accused the pair of failing to take “basic steps” to remove or prevent listings of potentially dangerous toys on their websites.

Which? said it found 12 toys on Ebay and five toys on Amazon which were flagged by Safety Gate, the EU’s rapid alert system for dangerous products. 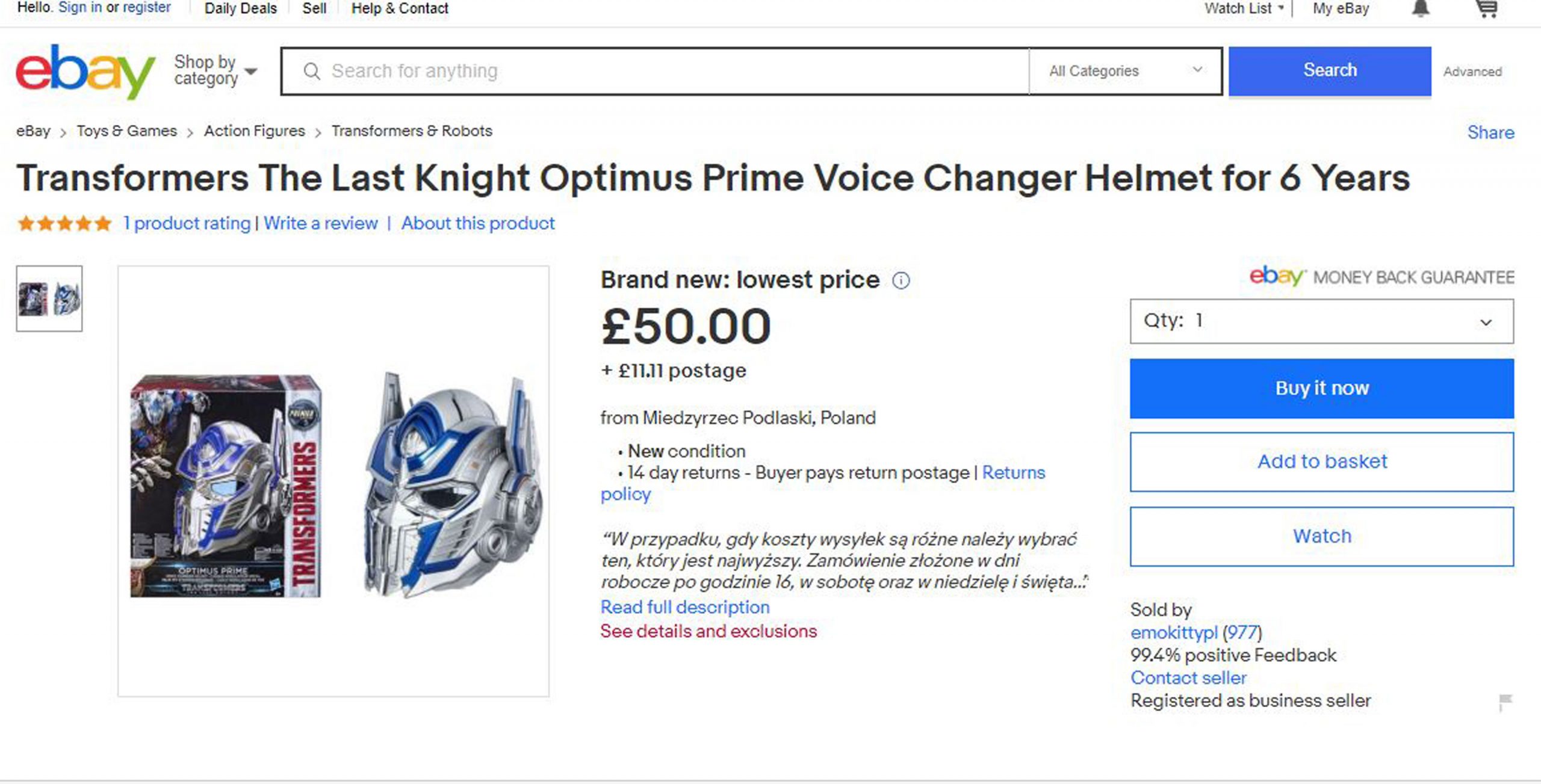 It went on to accuse the companies of “passing the buck” and calling for new laws to be put into place in the UK to make them legally responsible for stopping these products being sold.

Ebay’s UK marketplace was found to be listing 12 dangerous toys, including a Transformers helmet and toy slime, which had been classified as unsafe for a range of reasons including high levels of toxic chemicals and volume levels posing a risk to children’s hearing.

Amazon was also found to be listing five products which had been flagged, including an inflatable swimming ring and a magnetic building set, for reasons including have high levels of lead and chemicals which could cause liver damage.

Furthermore, a Which? investigator was able to list an item previously recalled for posing a risk of choking and suffocation, including the barcode number of the exact item listed on the recall database and the same image.

This product reportedly remained listed for two weeks before it was removed by Which?

Both Ebay and Amazon removed the listings when they were presented to them by Which?.

“It’s clear that consumer protections have not kept pace with the changes to the retail industry, and it is not acceptable for marketplaces to pass the buck for the responsibility of the items sold on their sites by simply pointing the finger at sellers,” Which? director of advocacy Caroline Normand said.

“The next government must make marketplaces legally responsible for preventing unsafe products from being sold on their sites, establish clearer requirements for taking down dangerous products and ensure better enforcement is in place to keep consumers safe.”

In response to the report, Ebay said: “While the overwhelming majority of retailers selling through our marketplace are diligent, we take appropriate action against sellers who breach our policies or the law.

“This can be in the form of a warning, restriction, suspension or ban. If a seller is found to be listing an item that has been recalled or may be unsafe, we have clear requirements that they issue a safety warning and a refund to all buyers.”

An Amazon  spokesman added: “All sellers must follow our selling guidelines and those who do not will be subject to action including potential removal of their account.

“The products in question are no longer available.”