Mothercare is losing £50 every second

Mothercare is losing nearly £50 in revenue every second of every day according to a new report laying bare the dismal profit margins of high street retailers.

Thirty of the world’s biggest fashion retailers’ revenues and profits per second have been documented in a new ‘interactive’ report from Ask Traders.

Comparatively Missguided made just £6.85 per second but maintained a healthy profit of £2.99 per second.

In contrast high street retailers were both far larger and far more varied.

Zara, the world’s largest fashion retailer, made a whopping £714 every second in the UK alone achieving profits of £405, the equivalent of 56 per cent profit.

Despite its consistent performance Primark made £237 per second but made profits on those revenues of just £26.73.

Similarly, Debenhams achieved sales of £72.20 per second but made a miniscule profit of 48p.

Meanwhile Mothercare, which fell into administration last November, lost £49.35 per second highlighting the extent of its financial trouble. 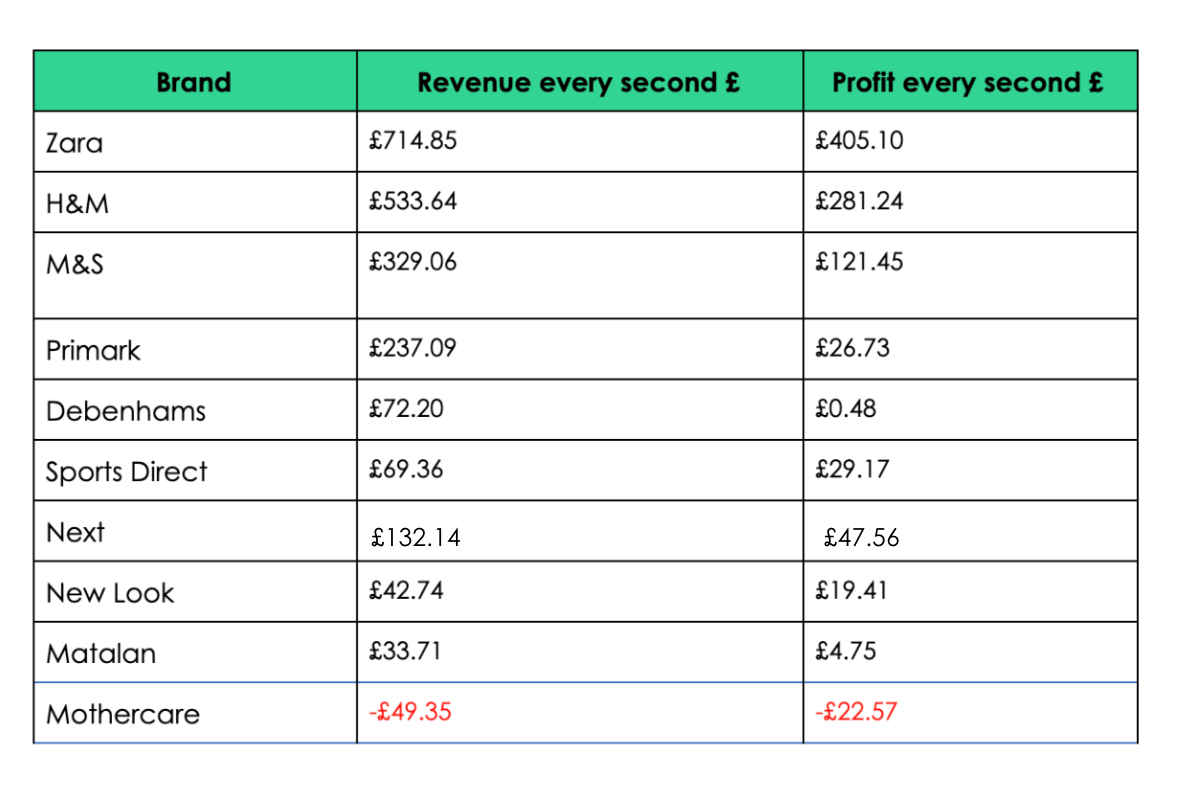 “Amid an ever more digitalised and time-poor society and with e-tailers offering logistical efficiency, consumers are increasingly giving the shops a miss and shopping online.

“As with every rule, there are exceptions, Primark continues to buck the UK high street doom and gloom trend, as does JD Sports.

“On the other side of the fence, questions remain over the financial health of Debenhams, which is expected to close some 20 stores this year. Matalan could be another victim waiting in the stalls after its latest results showed that the retailer was not immune to the tough challenges facing the high street. Profits and revenue dropped again in Q3; it could be a case of too little too late with their online presence.

“Meanwhile, hedge funds are taking positions against Kingfisher and Marks and Spencer, betting against their recovery”.