The British start-up, which counts Ocado as an investor, more than doubled its crowdfunding target of £750,000 alongside securing a government grant of £650,000.

It will use the funds to build a 1.2-mile test track to pilot its pioneering transportation technology which propels small carriages along pipes at over 50 miles per hour using magnets.

Magway has ambitious plans to lay out its pipelines across London, eventually delivering 72,000 packages every hour.


In turn it hopes to dramatically reduce emissions levels across the city by eliminating the need for thousands of delivery vans to traverse the city.

“We’ve been overwhelmed by the response to our crowdfunding campaign,” Magway’s managing director Anna Daroy said.

“It shows that people, particularly younger generations, are prepared to back innovative businesses, such as Magway, in their drive to change existing, out-dated modes of transportation.’ It’s hoped the network will be up and running within the next three years.”

READ MORE: Over half of shoppers would prioritise a sustainable retailer

Its innovative system can carry the equivalent of two articulated lorry loads of goods every minute, and the company has already laid out a 52-mile path stretching from North West London to Hertfordshire and Milton Keynes.

In future it plans to extend its network to major UK airports and expand to more cities throughout the UK.

“Cities across the UK with ultra-low emission zones are thinking of restricting car access, providing a different experience and developing themselves in a much more modern way,” Daroy added.

“Without a significant step-change in managing how billions of parcels and goods reach our doors, delivery traffic will continue to increase along with the levels of toxic air we breathe.

“As the first major economy in the world to legally commit to zero emissions by 2050, the UK government has taken positive steps towards reducing global warming, but more can be done. We believe that built at scale, Magway could help reduce the UK’s CO2 emissions by six million tonnes per annum; the equivalent to a third of the delivery vehicle emissions in the UK.” 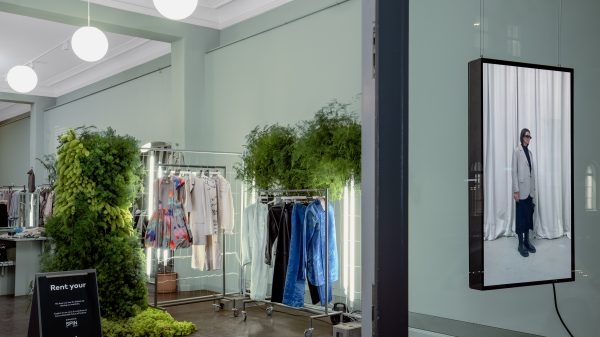