PrettyLittleThing.com has been ordered to take down a YouTube advert by the ASA after it ruled that it “invited viewers to view the women as sexual objects”.

The advert in question featured a range of models in “highly sexualised” poses often straddling a neon light dressed in a range of revealing outfits including mesh bodysuits, string bikini bottoms and “high waisted chaps-style knickers which revealed her buttocks”.

After going live on PrettyLittleThing’s YouTube channel on October 29, just weeks after its sister company Boohoo had a separate advert banned by the ASA for being “overly sexualised”, the advertising watchdog received a complaint stating that the advert was offensive and irresponsible. 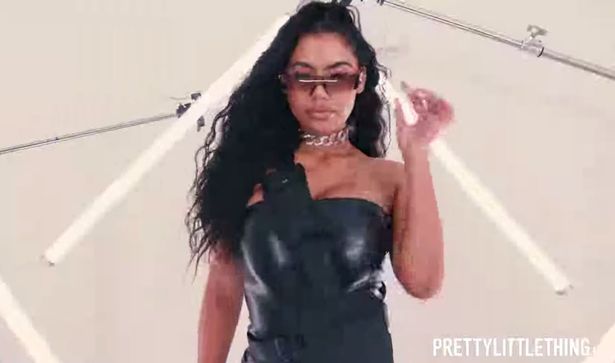 In response to the complaint, the fashion retailer said that they had not intended to create an advert “deemed offensive and irresponsible” and that they worked hard to promote a healthy body image that was inclusive and empowered women.

It added that the advert was inspired by their customers who seek the latest rave clothing.

Despite this the ASA ruled that the advert was not allowed to appear again in its current form, telling PrettyLittleThing to not use advertising that was likely to cause offence by oversexualising women.

“We considered that the cumulative effect of the scenes meant that overall, the products had been presented in an overly-sexualised way that invited viewers to view the women as sexual objects,” the watchdog said.

“We therefore concluded that the ad was likely to cause serious offence and was irresponsible.”

Last year the BBC reported that ecommerce retailers like Boohoo, PrettyLittleThing and Missguided are more likely to use advertising images which Google’s AI image search classifies as “racy”.

On average eight per cent of marketing images used by high street retailers like Topshop and River Island were classified as racy, while online-based fashion retailers averaged 16 per cent.

PrettyLittleThing and Nasty Gal, both owned by Boohoo, came in at 22 per cent and 11 per cent respectively, while Asos and was found to use just seven per cent.