“Mixed reality technologies, like AR and VR, hold huge potential for organisations to offer customers new ways to bring their brand to life, whether that’s by transporting them to another reality or enhancing the one they’re in.”

Augmented reality has gained popularity in recent years due to advancements in mobile technology, allowing shoppers to visualise and test out products before purchasing.

Nearly two fifths of consumers in the UK say they have used AR or VR to test or view a product they’re considering purchasing and as a result an increasing number of retailers have begun implementing AR into their offerings.

Burberry released its latest augmented reality feature this month, enabling customers to view 3D renders of its items in the real world via Google Search.

Google announced at its I/O 2019 developers conference in May last year that it was introducing AR functionality to its search results, with brands including New Balance and Samsung pledging to launch initiatives. 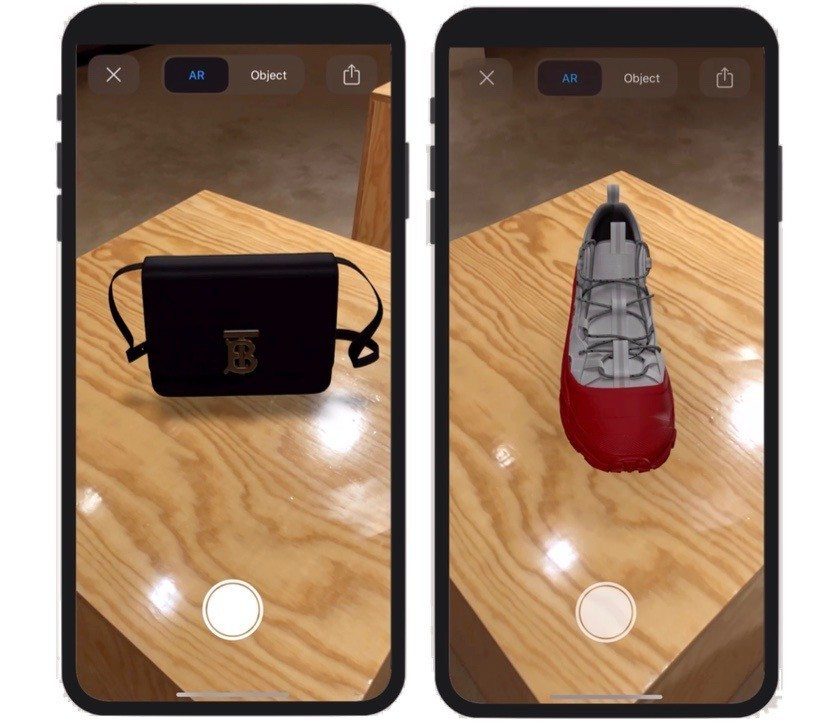 The luxury fashion retailer is now seeking to capitalise on this feature, allowing customers who search for its Black TB bag or Arthur Check Sneaker on Google to view the items in AR.

Quick Look which launched in 2018, allows retailers to upload 3D renders of their items so users can superimpose virtual items into their homes using iPads and iPhones.


It partnered with the athleisure giant to bring new content to its interactive classes, including meditation classes hosted by Lululemon ambassadors.

Mirror launched its LCD smart mirror last year, re-creating the experience of a fitness class in the user’s home.

GOAT launched its new augmented reality “Try-On” feature last year, allowing shoppers to virtually try on its rare and exclusive shoes before committing to a purchase.

Its new Try-On feature allows GOAT’s 20 million users to see what some of the world’s most sought after trainers, including a range of the rarest Air Force 1s and unreleased samples, look like on their own feet. 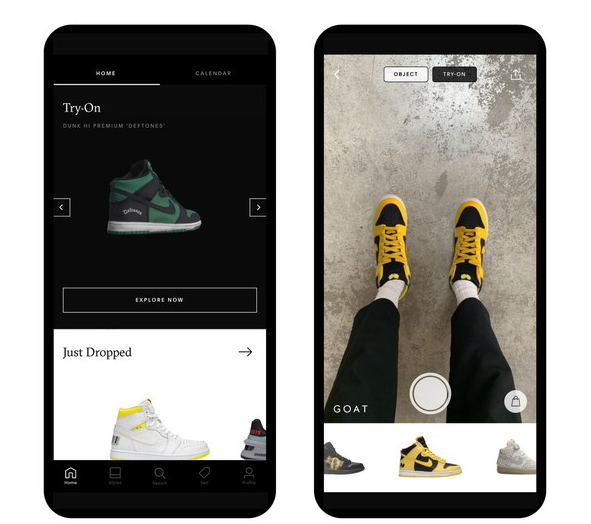 “Product innovation has always been an integral part of our business and after early success with our previous AR launches, we knew Try-On was something we had to offer our community,” GOAT’s co-founder Daishin Sugano said.

“We’re committed to sneaker culture and hope our new feature will elevate the experience of discovery for our community.” 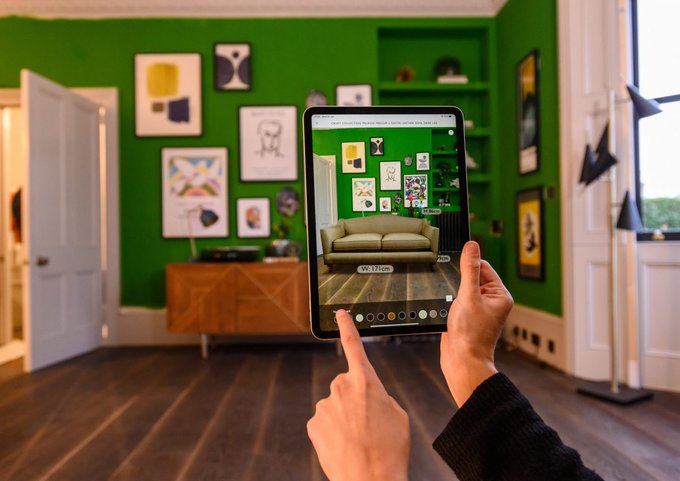 ‘Virtual Sofa’ is set to be tested with over 123 of John Lewis’ bestselling sofas and armchairs enabling customers to “check scale and colour in their home using the AR function in the app”.

While browsing products customers can tap the ‘View In Your Room’ button which will open their smartphones camera and prompt them to scan their room for dimensions.

Back in June 2019, Asos launched a “Virtual Catwalk” feature to its app, marking its first foray into augmented reality.

Developed in partnership with AR firm HoloMe, the online giant’s new app allows users to point their smartphone camera at any flat surface to see a virtual model exhibiting the clothes on a catwalk.

Asos then launched a new augmented reality app at the beginning of the year allowing users to see what items look like in different sizes and on different body types. 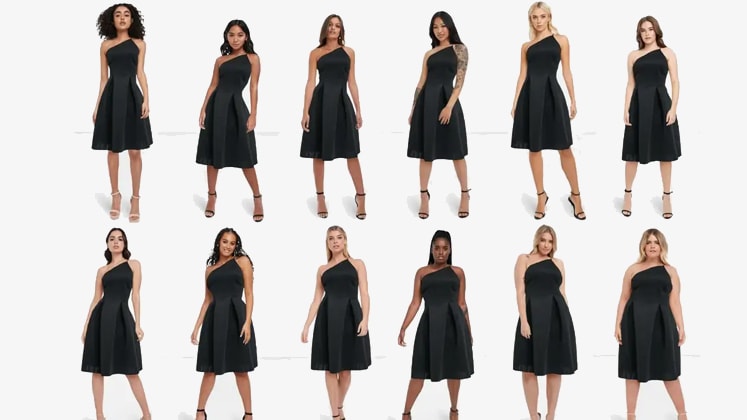 ‘See My Fit’ is currently being trialled by the online fashion retailer with 800 dresses across its desktop and mobile platforms.

Developed in partnership with Isreali AR company Zeekit, the tool will allow shoppers to click on the See My Fit button to view the product on a range of 16 virtual models in sizes four to 18.

The AI powered parcel sizer utilises a user’s smartphone to determine the format size and price of their item, then allow them to purchase postage directly from the app.

“Royal Mail is the first in the industry in the UK to launch an augmented reality feature in its app, making it simpler than ever to send a parcel,” a spokesperson said.

The new features of the Royal Mail App are part of our commitment to investing in technology that improves the customer experience for both senders and recipients.”

Including an AR “fluid art piece” which shifts with the users perspective, aiming to explore Adidas’ advanced midsole technology which is “born from liquid”.

Ikea developed a virtual reality app allowing users to virtually experience whole rooms fitted out with its products in what it described as a “completely new experience”.

Ikea updated its augmented reality app to allow users to virtually visualise an entire room full of new furniture, rather that one item at a time.

The Ikea Place app, originally launched in 2017, allows users to superimpose accurate 3D digital renderings of its products onto their smartphone camera feeds, letting them see how furniture would fit in their homes before committing to a purchase.


The next iteration of the app uses artificial intelligence to render numerous pieces of furniture, meaning users can virtually fit out a whole room with furniture.

Speedo launched an AR 3D face scanning app last year, allowing shoppers “to interact with the product before they make a purchase”.

The Speedo Mirror mobile app scans the user’s face, then superimposes virtual models of swimming goggles on top to give an accurate 3D visual representation of how they would look.

The swimwear company, owned by Pentland Brands, tested the technology during the end of 2019 seeing 3500 users virtually try on 30,000 goggles.

Puma launched the world’s first augmented reality shoes, which were covered in QR codes unlocking a range of virtual features when scanned with Puma’s app.

When the user scanned the shoe with their smartphone, it opened up a range of virtual filters, 3D models and games.

Those shopping on AO.com via an Apple smartphone can virtually place items in their homes, testing the size and fit before purchasing.

“Augmented reality means customers don’t have to use their imagination or a tape measure to figure out if a product will look right or fit in their home,” said David Lawson, MD of AO.com.

Currys PC World’s augmented reality feature was rolled out across its ecommerce site for the first time last year. 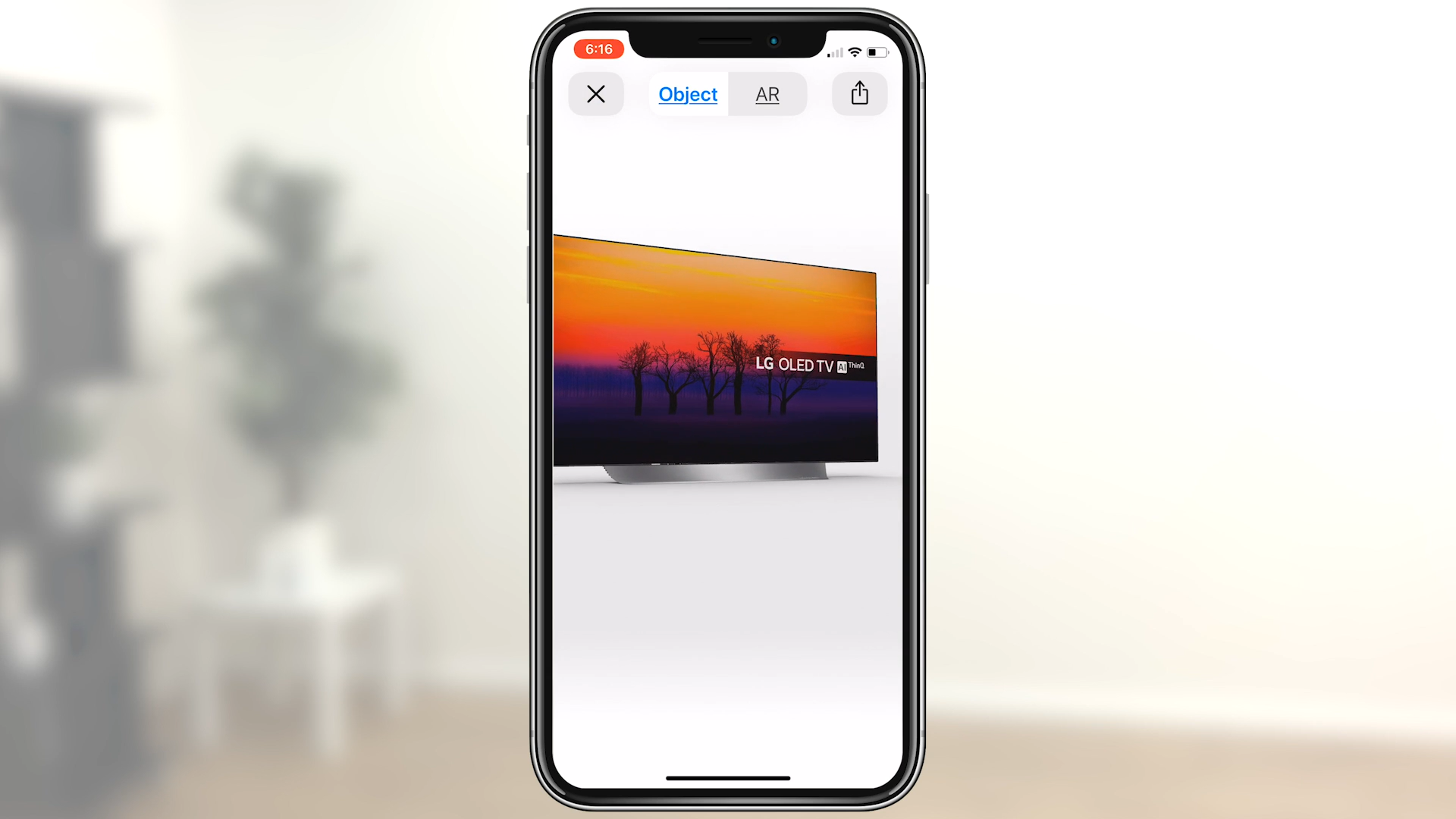 Its AR feature, previously only available via a separate Currys PC World Point & Place app, is now available to use on around 700 products across a range of categories on its website.

Point & Place AR, which can be launched by simple clicking a button below supported items, lets users manipulate an accurate 3D model of the item, and place it anywhere in their home.

Pinterest launched an augmented reality virtual lipstick “try on” app at the end of January where users can open the camera in search and select “try on”, enabling them to see a virtual photo-quality image of themselves wearing a range of lipsticks from different brands.

The “try on” button also appear when browsing compatible products, as well as in search when related terms like “red lips” appear.

MAC Cosmetics called itself the first retailer to use YouTube’s interactive augmented reality adverts, after they were launched in June.