Yesterday saw shoppers’ queue for hours in lines many described as at least a “mile long” as non-essential retail shops opened in the UK for the first time in 82 days.

Retailers including Primark, Zara and Apple saw queues stretch the length of high streets as retail-deprived shoppers jumped on the chance to shop in stores once again. 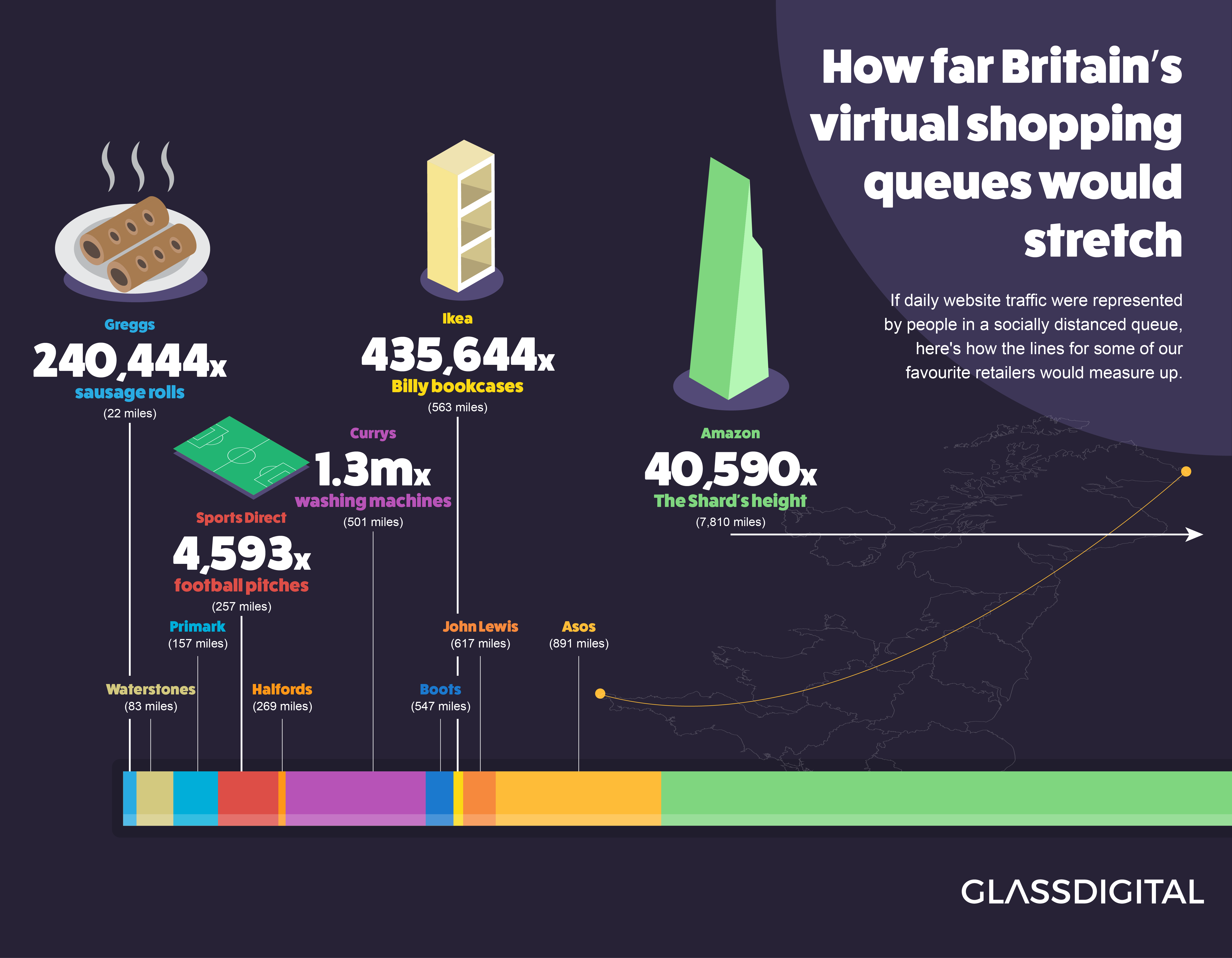 While many of these queues could have reached over a mile long, new research from Glass Digital has revealed that the equivalent virtual queue for Amazon would have stretched a whopping 7810 miles, the equivalent of 40,590 times height of the Shard.

READ MORE: Asda launches ‘virtual queuing’ system as it prepares for social distancing to last “for the rest of the year”

If the daily traffic of Asos was represented by a socially distanced queue, it would span 891 miles the distance from Land’s End to John o’ Groats.

While Ikea’s physical queues have made the news for lasting more than four hours, its virtual queue would stretch 563 miles, the same length as 435,644 Billy bookcases.

Sainsbury’s is catching thieves with AI as it rolls out new “concealment detector” tech | more from Moonpig, Ocado, Ebay & Selfridges