Klarna valued at a whopping $10.65bn after latest funding round

‘Buy now, pay later’ specialist Klarna has been valued at $10.65 billion after its latest equity funding round.

An announcement from the Swedish firm on Tuesday morning said the funding means Klarna is now the highest-valued private fintech in Europe, and the fourth highest worldwide.

The global payments and shopping service, which works across the retail sector with the likes of ASOS, JD Sports, Superdry, Joules, Space NK, Nike, Samsung, said it raised $650m in its latest funding round.

Klarna said the funding will help it further expand its global presence, especially in the US where the company is growing particularly rapidly and now has more than nine million consumers.

The business has seen a surge in demand for retailers wishing to sign up to its ‘buy now, pay later’ scheme, adding more than 35,000 new retailers in the first half of 2020 to its network of now more than 200,000 retail partners.

READ MORE: Klarna encourages customers to “shop smart” amid criticism shoppers use it to buy things they can’t afford

Klarna also noted that on the back of the coronavirus crisis it had experienced a 36 per cent rise in year-on-year revenue for the first half of 2020, up to $466 million.

“The shift to online retail is now truly supercharged and there is a very tangible change in the behaviour of consumers who are now actively seeking services which offer convenience, flexibility and control in how they pay and an overall superior shopping experience,” said Klarna co-founder and chief executive Sebastian Siemiatkowski.

“Klarna’s unique proposition, consumer preference and global retailer network will prove an excellent platform for further growth. The Klarna team is honoured to welcome such world class investors to support our mission to become the world’s favourite way to shop,” Siemiatkowski added.

“Klarna is one of the most disruptive and promising fintech companies in the world, redefining the ecommerce experience for millions of consumers and global retailers, just as ecommerce growth is accelerating worldwide and rapidly shifting to mobile,” said Silver Lake co-chief executive and managing partner Egon Durban and managing director Jonathan Durham.

“Klarna’s retail partners benefit from incremental traffic and dramatically improved customer conversion. Consumers love Klarna for its differentiated app-based shopping experience and for their flexible and transparent payment options. We are excited to invest in the company and partner with Sebastian and his talented team at this dynamic time to help accelerate Klarna’s remarkable growth and success worldwide,” Durban and Durham added.

Earlier this year Klarna was forced to launch a new campaign encouraging its users to “think thrice” before making a purchase as it aims to quash criticism that it encourages customers to buy goods they can’t afford.

The Swedish ‘buy now, pay later’ giant launched KlarnaSense, an initiative aimed at preventing its users from impulse buying, after it came under fire for promoting irresponsible spending. 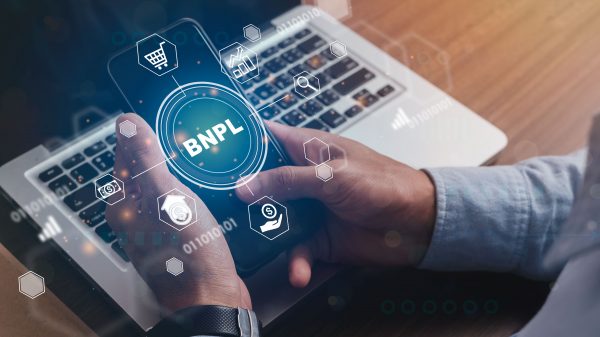