As the pandemic has pushed online shopping and e-commerce to prominence, smart shopping apps are becoming a lot more common in making life easier for consumers.

Charged has taken a look at the best smart-shopping apps around at the moment that you may not have heard of yet. 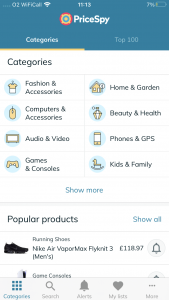 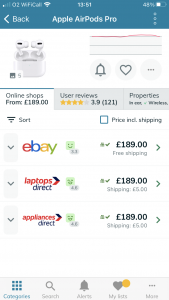 PriceSpy is an e-commerce platform that puts all the best deals in one place. The app price-matches with top retailers to find out which one is offering the best deal at the moment.

Consumers looking to grab themselves the illusive PS5 may find luck using PriceSpy with the app giving you the option to bookmark items, sending you notifications when they are in stock and when the price falls.

The app has a very wide range of available products, using big retailers such as Amazon and Ebay able to find anything from fashion and accessories to video games consoles and homeware.

PriceSpy also has a barcode scan feature which you’re able to use in-store to compare prices with other retailers which proved to be useful.

Strange interface glitches sometimes put large gaps between different retailers however does not affect the primary function of the app, however it lacks the slick aesthetic of some of its rivals.

If you’re searching for certain items such as electronics then this app gives you a lot of reasons to use it. While it may not be as useful for everyday shopping, it could prove invaluable for those one-off big-ticket purchases that are often hard to come by. 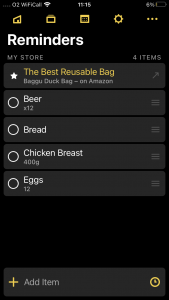 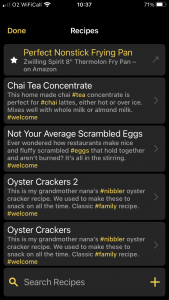 Grocery puts all your shopping trip lists into one place. The app analyses data collected from your previous shopping trips to sort your future ones.

The app syncs with Apple’s ‘Reminders’ app on iPhone to send you automatic prompts with your shopping ingredients.

The app can also be used to save, plan and cook recipes. When you add a recipe to your meal plan it tells you what ingredients you need and adds it to your shopping list automatically.

You can create Stores for every place you shop. The app learns its SmartSort order and adds the lists to your reminders app

The app has a nice, clean, display, which makes it easy to navigate. Most purchased items are easy to find so your shopping basics are always at the top.

Another very useful feature is the ability to set up a ‘geofence’ which uses your location to detect which shop you’ve entered in and will automatically switch your shopping list to one that is relevant to the store you’ve entered.

After you’ve checked off one item on your list, the app will remain open on your device, meaning you don’t have to keep unlocking your device to see what’s next on your list.

The only issue with the app is that unless you pay for premium, you’re constantly prompted to click on adverts at the top of your lists which will take you off the app and to a third-party website.

While the premium version does offer some perks such as the option of customising the interface to personal preference, being able to share lists with other Grocery users, unlimited recipes and the ability to track your pantry, these aren’t essential and the free version is more than adequate.

Grocery a nice clean app for organising your shopping trips and with its addons such as the recipe feature it’s definitely worth a download. While its by no means essential, it can make daily shopping far less monotonous. 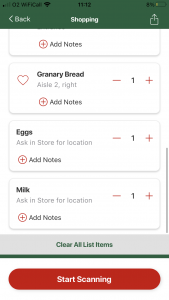 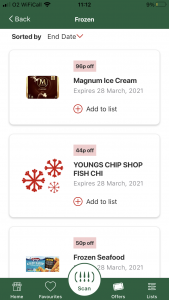 The app describes itself as “the world’s most sophisticated retail app”, while that might be a slight over statement on their part, it has a lot of usability and potential.

The app essentially gives supermarkets their own version of ‘scan-and-go’ that large national retailers like Sainsbury’s offer with their Smartshop system which was widely implemented earlier last year.

Ubamarket is used by the Central England Co-op and Spar currently but is to be rolled out to convenience store Nisa later this year.

The app gives you barcode scanners and methods of payment so you’re able to pay on your device while avoiding queues at the till.

The app will also automatically search the shop for deals which will be automatically applied to your basket while you’re adding them.

Perhaps one of the most useful features is the way the app automatically sorts your list in the order that you’ll come across them in the shop.

Very easy to use with a distinct ‘supermarket’ feel to it and obviously made with the customer in mind with features such offering allergy or nutritional information instantly as you scan.

Ubamarket is useful if you live near a supermarket offering the app, however the limited roll out means that it might not be worth downloading if you don’t shop at one of the retailers who offer it. However, the app still has a lot of usability and no doubt will become a lot more well-rounded with time as smart shopping apps become a lot more popular, this could be the way we shop in the future. 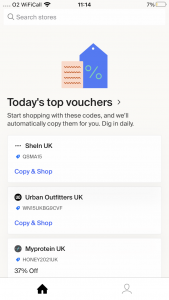 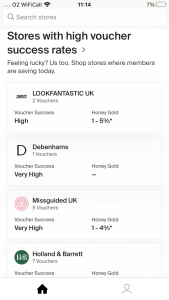 Honey is an app and web browser extension that automatically detects any promotions offered and attaches them automatically when you’re checking out online.

The app works autonomously in the background of your web browser to give you the best voucher codes around at the moment.

The app includes codes for large retailers such as Tesco or Asos which are often hard to discover if you’re searching for them manually.

Honey has a very clean interface and is easy to use and apply vouchers. Once you’ve found a voucher you wish to use, you simply copy it to your device’s clipboard and complete your checkout as normal.

Once a coupon is selected, the app gives the user a voucher success rating and when it was last used, with few voucher codes not working when being tested.

Honey also offers a reward scheme called Gold which is accumulated through using voucher codes from certain retailers, once you’ve got 1,400 gold, you’re able to exchange it for  a £10 gift card.

It makes shopping for bargains very easy and gives you savings on commonly searched for products regularly.

For its purpose it is incredibly useful and easy to use, especially when scanning large sites such as Amazon where the discount codes will be few and far between. The ability to use a website extension makes it accessible for all users, making it a definite must-have for bargain hunters. 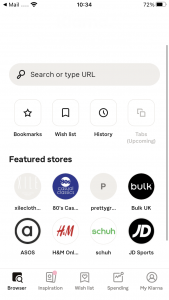 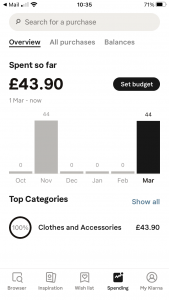 Klarna is probably the smartest shopping app around at the moment. The app doubles up as an e-commerce site and a payment provider for the biggest and most popular brands.

While many know of Klarna as a way of getting your goods without paying the full price straight away, it doubles up as an incredibly good shopping app in itself, using lots of smart features such as the ability of tracking spend, gateways to other websites at a tap of the screen and a sensible user interface.

The main feature of the app is the secure methods of instalment paying with zero per cent interest as well as direct access to stores that offer the service all in one place, including massive brands such as Apple, Asos and Schuh.

Klarna also follows Honey’s lead and has a section which scans the virtual high street for discounts at the popular retailers.

The website and app also gives the option for longer-term Klarna Financing Option, which is similar to standard credit rates and allows consumers to pay in instalments over 6-36 months, very useful if you’re purchasing big ticket items such as mobile phones or other electronics.

If you do miss a payment it won’t appear on your credit report (unless you make a habit of it).

The Swedish-made app is very clean in true Scandinavian fashion, with your most visited retailers and stores on the home page for quick access.

Separating bookmarked items, your wish list and your search history very clearly, the app makes it easy to skim through your potential purchases.

Klarna also gives you a breakdown of your spending with the ability to set a budget if you wish to do so.

The app’s inspiration tab gives an ‘Instagram feed’ style guide which is tailored to the user’s tastes and interests.

Definitely one of the better shopping apps around right now. The easy interface makes surfing incredibly easy and with the financing option that has been adopted by a lot of mainstream retailers, it makes purchasing goods a lot more accessible. 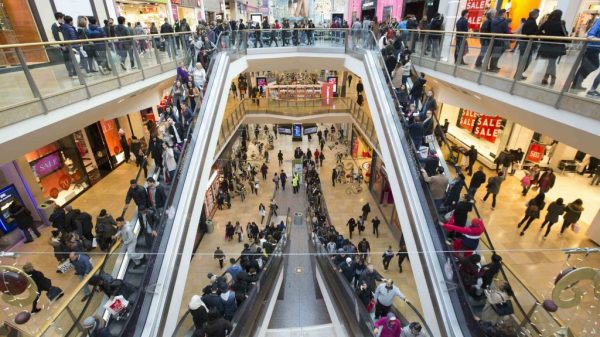 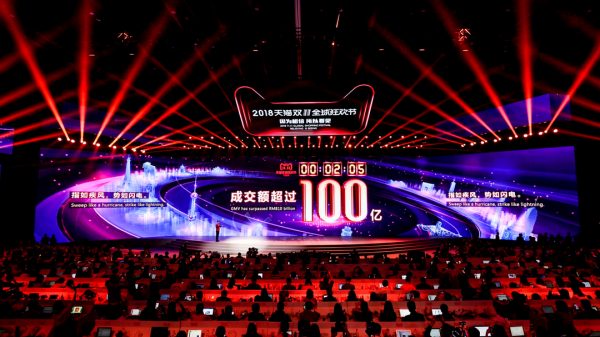 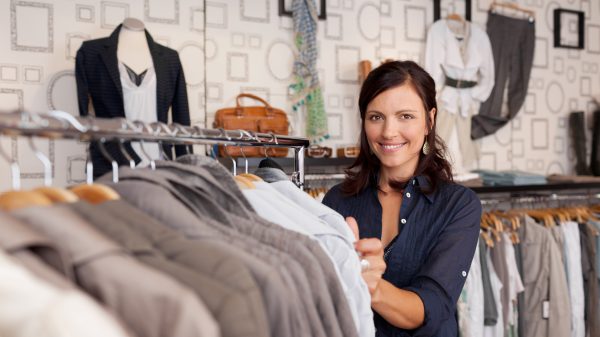 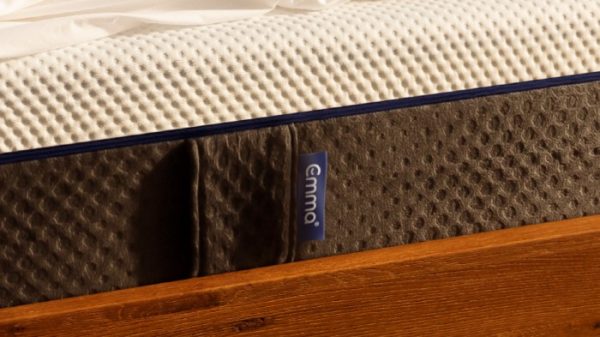 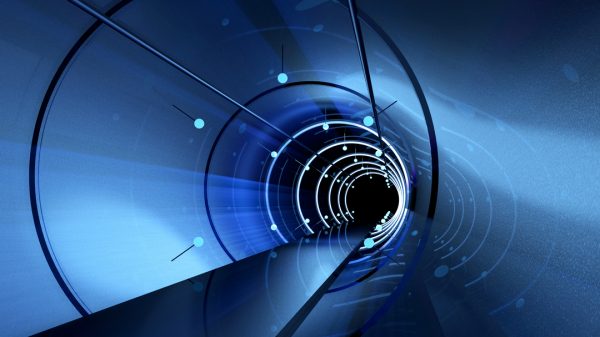