First it was the high street, then it was on the internet, now it is social media; the next battleground in which will retailers will fight it out for a market share.

According to researchandmarketing.com, the “social commerce” market is currently worth $89.4 billion and is expected to grow to $604.5 billion in the next seven years.

Social commerce is defined by the entire process of buying and selling of goods and services directly on social media, from the discovery of products to completing a purchase.

Charged has had a look at the top five social commerce sites for businesses to use and what they offer.

The early social media powerhouse has now become a social commerce powerhouse, with 97 per cent of the company’s annual revenue coming from advertisements.

With 2.5 billion active users in all age ranges the platform offers a wide range of opportunities for online retailers. 80 per cent of its user base are millennials and Gen X’ers.

16-54’s year olds made up 78 per cent of ecommerce consumers last year according to Europa, making Facebook an ideal platform to advertise on.

On Facebook Shops, businesses have the option to choose the products they want to feature from their catalogue as well as having access to a range of customisation tools to showcase their brands how they wish.

Users also have the option to build their Facebook Shops site so consumers are able to view products conveniently before purchasing on your WooCommerce site. The extension syncs all store data so products don’t need to be manually added.

Facebook’s ownership of Instagram means brands are able to reach Instagram users even if they don’t have a profile for their stores. 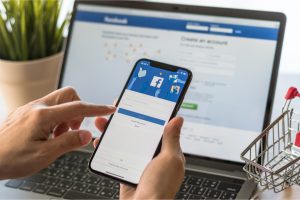 Facebook-owned photo sharing app Instagram has an incredibly captive audience and has made a name for itself as a prime social commerce platform.

According to omnicoreagency.com, there are over 500,000 active “influencers” on the platform. Instagram has catered for the rising numbers of creators on its platform by implementing tools to help encourage both brands and individuals to make money.

These include the recent addition of a new tool which is designed to help influencers and creators earn commission on posts.

The photo-sharing platform launched its Shopping feature in 2018, seeing 64 per cent of users admit shopping with the platform last year.

Data from omnicoreagency.com has also found that 73 per cent of US teenagers say Instagram is the best way for brands to expose them to new products or promotions.

This is convenient for the brand as around 75 per cent of its user base is made up of 18-24 year olds.

Instagram’s links with parent brand Facebook mean brands are able to reach Instagram users even if they don’t have a profile for their stores. 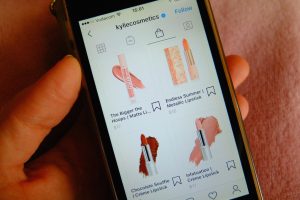 Pinterest has over 300 million users which gives it huge outreach for brands to exploit during the race to become the next social commerce heavyweight.

Pinterest involves users scouring the site before pinning ideas or inspiration to “boards” which allow them to find all their ideas in one place. The silver lining for ecommerce however is the fact that brands have the options to advertise directly through the products. Many items are being made increasingly available to purchase in-app which has streamlined ecommerce integration on the site.

Another reason for brands to showcase themselves on Pinterest is the fact that according to data from WooCommerce, brands are able to reach 83 per cent of all women between the ages of 25 and 44 in the US, which is incidentally the same demographic that make lion share of the purchasing decisions in US households.

Pinterest is also able to reach over half of all US millennials on its platform.

Pinterest has recently expanded its partnership with ecommerce marketplace Shopify, enabling more merchants than before to showcase their products online and reach more customers.

Shopify merchants in the UK and 26 other countries are now able to use Pinterest to gain more conversions after introducing a number of new features to automate the marketing processes merchants use.

Shopify has said merchants advertising for the first time on Pinterest via the app will benefit from over £70 in ad credit. 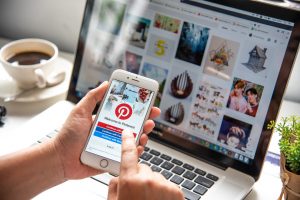 Snap has over 265 million active daily users and has gone from photo-sharing and chat application to an ecommerce big-hitter.

Snapchatters hold over $4.4 trillion in global spending power according to the app itself. The platform’s ad formats show off products through full mobile screen advertising.

Snap’s “Pixel” tool helps advertisers and brands measure, optimise, and build audiences for their ad campaigns. The app is also designed to convert viewers into sales, signups and subscriptions.

Snap’s generation global report, found that snap chatters are 20 per cent more likely to use their phones when shopping than they were a year ago.

All businesses are able to to advertise on the platform for just $5 a day.

Snap recently launched a range of new shopping features including AR try-on tech as well as “Screenshop” product discovery tool as it tries to push further into ecommerce.

The social media brand has ramped up its efforts to compete with Facebook and Instagram in the online shopping space by expanding its in-app functionality. These features were only available to a limited number of brands previously however is now open to be used by any retailer.

Retailers are able to set up stoppable product catalogues which allow customers to place their orders directly in the Snapchat app, as well as using their own AR filters. 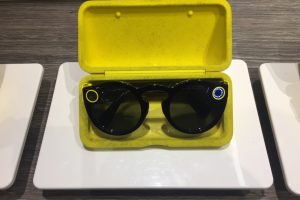 TikTok is the king of social commerce at the moment, recording over 2 billion app downloads in August 2020 according to court filings. This made it the most downloaded app last year.

The app is one of the fastest growing applications in the world and registered 800 per cent growth between January 2018 and June 2020.

A senior marketing executive told the FT in February that its “old-school affiliate marketing strategies” mean that content creators are able to link and products they like, even if they’re not formally sponsored by the brand.

One of the the platform’s 2021 plans includes a livestream shopping feature, which is popular in China and was estimated to be worth around $60 billion annually in 2020.

Livestream shopping pulled in over 430 million people in 2019 which is about about 30 per cent of the country’s population.

TikTok’s new rumoured livestream feature will enable users to purchase goods with a few taps after TikTok creators or influencers have showcased them in video clips.

The ginormous user base as well as the upcoming shopping integrations mean that the app has an astronomical reach which brands are able to capitalise on through sponsorships or advertising.

TikTok also partnered with ecommerce giant Shopify back in October to enable merchants to to create, run and optimise their TikTok marketing campaigns directly from the Shopify dashboard by installing the new TikTok channel app from the Shopify App Store. 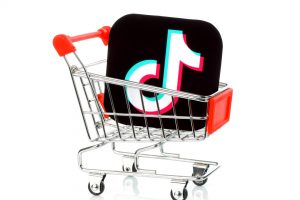