Nisa says some stores now get “10% of turnover” from Deliveroo

Nisa says it’s tie-up with Deliveroo has significantly boosted sales with some of its stores now receiving 10 per cent of their turnover via the app.

According to the convenience store giant, its retailers using the Deliveroo app have now topped £100,000 a week following bumper sales during the European football championship.

Nearly 100 Nisa stores now partner with Deliveroo, which has enjoyed an explosion of grocery partnerships during the pandemic.

Nisa Local Chelmsford owner Paul Cornell, who signed up for Deliveroo before the pandemic and has experienced a strong growth in sales, added: “About 10 per cent of our turnover now comes from Deliveroo and it certainly has opened up a new market to us.

“Our Deliveroo drivers often pass three or four larger supermarkets to get to us and without a doubt, those customers would not have come to our store, so we are able to capture them via the app.”

In May Waitrose announced plans to cancel its Rapid service, which it launched in 2018, to avoid any “overlap” with its increasingly expansive partnership with Deliveroo.

While it has continued to expand Rapid’s reach since its launch three years ago, Waitrose partnership with Deliveroo can now offer a faster, cheaper and more widely available service rendering its own brand offering largely redundant. 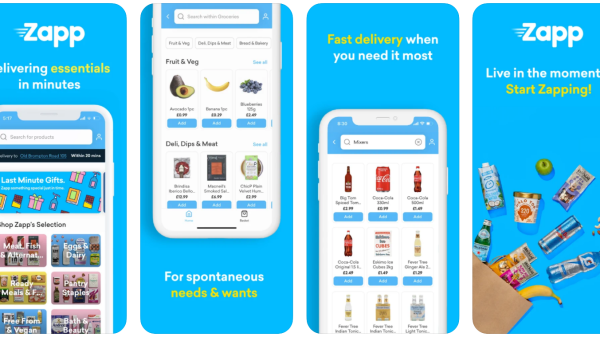