Amazon is expected to open its sixth Fresh grocery store in London in Bankside’s Blue Fin Building over the next few weeks.

The retail giant, which has now opened stores in Canary Wharf, Ealing, Wembley Park, White City and most recently Camden, is understood to be in the process of refitting a former Joy store in another of London’s heaviest footfall areas.

According to LondonSE1, the same combination of planning consultants and architects who have submitted plans in connection with other Amazon Fresh stores across London, recently submitted a planning application for a new sliding door at the premises, situated just outside the Tate Modern.

Furthermore the site, which was granted a premises licence for a convenience food store last year, is currently being refitted by the same contractors who completed Amazon’s debut Fresh store in Ealing.

Amazon has remained secretive about its rapid roll out of stores since it launched its first store in March, often waiting until the day stores open to announce it to the public and press.

This is no different, though Amazon is expected to open some 30 physical stores across London over the coming months after signing deals with various landlords.

Each of its Fresh grocery stores in the UK have so far featured its signature “Just Walk Out” technology, and its next store is expected to follow suit.

Its cashierless shopping technology, which is now being replicated by the UK’s biggest players including Tesco and Morrisons, uses an array of cameras and sensors to track which items a customer picks up and puts back before charging them automatically.

Analysts believe its quickly expanding UK store estate marks a “seminal moment” for the country’s grocery market and that the UK’s biggest players could soon be challenged by the ecommerce giant. 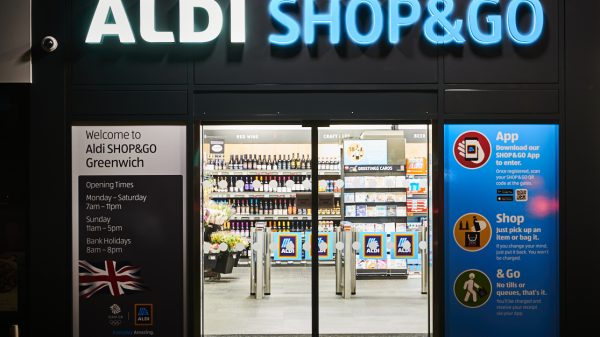