Amazon is forecasted to make $393.8 billion more than US rival Walmart this year, according to figures from Jungle Scout.

The ecommerce giant is expected to make $468.8 billion in revenue this year, compared to its retail counterpart’s $75 billion.

The dataset shows that despite Amazon’s vast revenue takings, Walmart is expected to grow by an astronomical 89 per cent this year, compared to Amazon’s 16 per cent.

Walmart’s ecommerce offerings are completely overshadowed by its main rival, seeing its 7.1 per cent share of the market dwarfed by Amazon’s 40.4 per cent.

Amazon also ships to over 100 countries whereas Walmart delivers to only 24.

Not only this, Jeff Bezos’ company outperforms Walmart when it comes to the number of visitors entering the site, with Amazon claiming around 2.6 billion monthly users to Walmart’s 457 million.

The study shows however that while the number of users visiting the site on Amazon is far greater, the gap shortens drastically when it comes to active customers, with Walmart selling to 220 million and Amazon selling to 300 million. 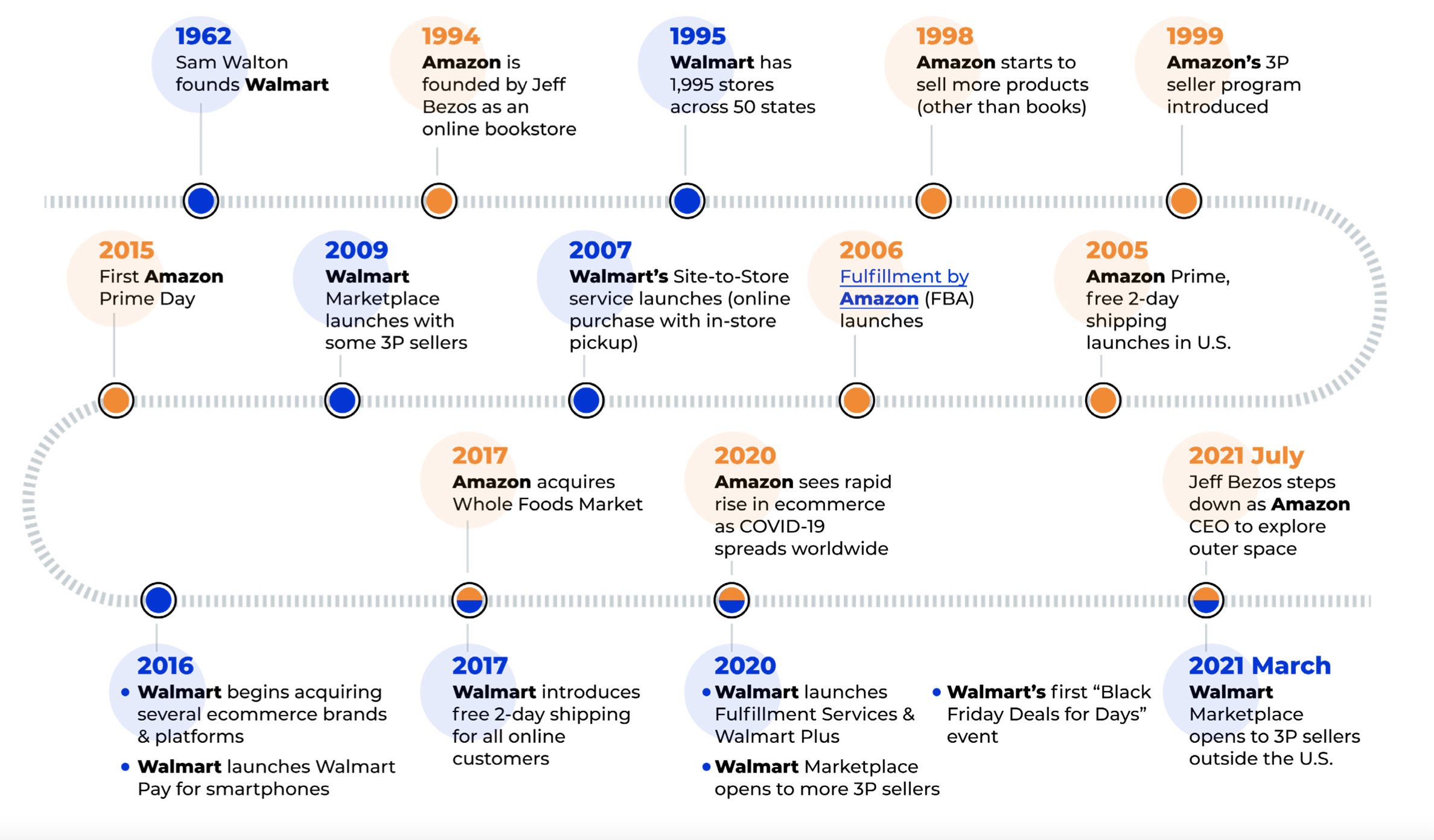 According to Jungle Scout, the main reason that consumers choose to shop with Amazon over Walmart is due to the convenience of its Prime subscription package.

Nearly 35 per cent of Amazon shoppers buy with the company because they want to use the popular subscription service which gives customers access to next-day delivery on millions of items.

Around 41 per cent of Walmart’s shoppers prefer to use the site instead of Amazon’s as it they believe it is cheaper.

Walmart trumps its rival when it comes to brand selection, repeat custom, product familiarity and customer coupons or incentives.