The ecommerce giant’s other stores can be found in Ealing, Wembley Park, Camden, White City, Canary Wharf, Dalston, East Sheen, Islington, Richmond and Holborn, all in walking distance from both Tesco and Sainsbury’s autonomous supermarkets.

The store will use Amazon’s ‘Just Walk Out’ technology, requiring customers to scan a QR code which lets them enter the store. Hi-tech surveillance and cameras then detect which items have been picked from the shelf, before charging shoppers’ Amazon account once they have left the store.

Amazon Fresh branches sell a range of goods, including from the firm’s own brand ‘by Amazon’.

Amazon has recently picked up the pace of its bricks-and-mortar offerings in the UK, opening stores in Hounslow and Aldgate East earlier this month.

READ MORE: Amazon Fresh and Tesco GetGo: How do they compare?

“We are thrilled to welcome Amazon Fresh to Regent’s Place,” said Darren Richards, British Land’s head of real estate. “The campus benefits from its proximity to local and international transport links, the latest in sustainable design and a lively mix of retail, leisure and public spaces.

“The letting follows one of our strongest six months for retail leasing activity in recent years, with total activity of more than 1 million sq ft.”

The online retailer is planning further openings in the greater London area, with speculation that Bankside could be next, although no official announcement has been made.

The news comes as Amazon is reportedly planning to roll out 260 cashierless supermarkets across the UK over the next three years, in a bid to take on major supermarkets like Tesco, Sainsbury’s and the Co-op. 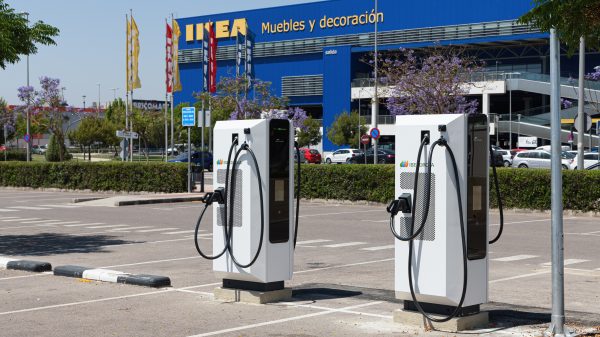