eBay.co.uk was found to be the worst emitter across the UK, generating 907.8 tonnes of CO2 per month in the UK alone. This is roughly the equivalent of powering 150 homes’ electricity for one year. 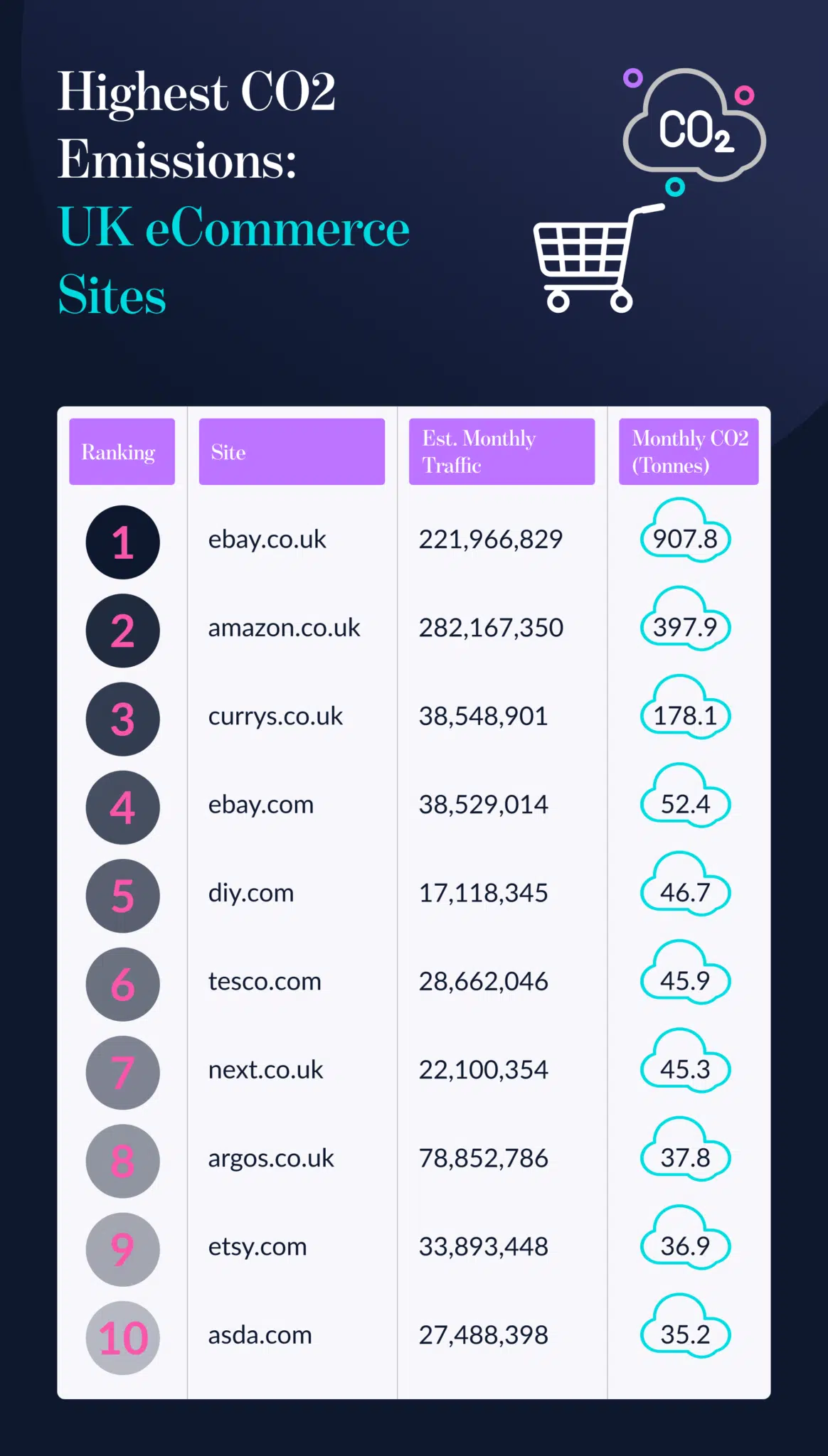 Both Currys.co.uk and Tesco.com were ranked in the top six, emitting a total of 178.1 and 45.9 tonnes per month, respectively.

Next.co.uk was the highest ranking fashion site in the UK figures, coming in just behind Tesco at 45.3 tonnes. This is roughly the same carbon consumption as 95 oils barrels.

How does a site generate its carbon footprint?

Banc Digital’s report revealed that businesses can generate carbon emissions from performing even the simplest tasks, ranging from Zoom calling to sending emails.

Websites can also carry a large carbon footprint if they have a lot of large files and high definition videos.

How to reduce the carbon footprint of your website

The analysis also includes tips on reducing the carbon footprint of a website. Tricks include optimising it properly without losing traffic, by cutting down on the amount of data-intensive, energy-sapping imagery used.

Images and videos should be necessary and provide value to visitors. Turning off auto-play functionality can also help to reduce carbon emissions, as can changing the format of images, as JPEGs are often smaller than PNG images.

Blanc also advises sites to limit the number of different fonts used, and to rely on system fonts like Arial where possible.

Web code should also be kept clean and simple on the back end of a site.