“We all do it,” he says. “On the way to holiday; we’re all there at the airport in our OnBuy hoodies. I know I won’t be able to do it forever but for now it’s a great bit of advertising.”

If it sounds like Paton lives and breathes OnBuy, you’d be right. The business launched six years ago, and has grown steadily since then, making the Deliotte Fast 50 in 2021, with 479% growth.

OnBuy currently boasts around 11,000 brands and retailers, ranging from Lego and Samsung to AO and Sports Direct. “We are attracting between 500 and 600 new retailers a month,” Paton claims.

Rising inflation has driven record numbers of UK consumers to marketplaces in recent years – Paton says they’re attracted to the “competitive pricing and convenience”. Whatever the reason, some 61% of customers say they will buy from a marketplace this year, compared to just 19% of shoppers who will buy from a brand’s own website.

The beginning of OnBuy

With a strong and proven background in ecommerce web development, business growth and business consulting, Paton had been helping clients grow their own marketplaces for years. That is, until the way marketplaces operated began to change.

“As times changed, our advice had to change too. We stopped telling clients that they had to just list everything on marketplaces and started to be a bit more careful about their data – about not letting them learn too much.”

The sticking point, Paton explains, is that ultimately most marketplaces are retailers as well, looking for higher margins and more control.

“My clients would list products and then literally weeks later, the marketplace would be selling those products. And if they couldn’t access them, they would simply manufacture alternatives or manipulate the search results.”

The more it happened, the more frustrated Paton became. That’s when he realised there was a gap in the market.

“With big hitters such as Amazon and Wayfair in the game, it didn’t look like there was room for another marketplace,” Paton says. “But a marketplace that does things differently? That was what really resonated.”

At the time, Amazon accounted for 30% of the UK ecommerce market. Rather than being intimidated, Paton saw that as a two-fold opportunity.

“Firstly, that meant that 70% of the market wasn’t Amazon – there was an enormous opportunity to give retailers more choice. Secondly, educating the consumer about how these larger marketplaces really work could be hugely beneficial…”

Read more: OnBuy rewards staff with over £1m in shares

All brands and retailers are treated equally and charged the same fees regardless of size, relationship or number of listings. It also never competes with companies listing products on its site or steers consumers toward specific products.

This approach resonated with shoppers and brands alike, and on launch OnBuy grew “extremely quickly”.

“And we’re still growing really, really quickly,” Paton adds. “We were in the Deloitte Fast 50 last year and are on track to be there again this year.

Paton attributes much of this to OnBuy’s fair and transparent approach to business, as consumers have become increasingly aware of the questionable ethics of some marketplaces over the past few years.

“We didn’t push that message ourselves, but consumers spoke about it and the message spread. Trustpilot reviews describe us as an ‘ethical marketplace’. The truth is, when you’ve got a business that actually cares for both the retailer and the consumer, it’s going to win trust on both sides.”

By placing all retailers on a level playing field, OnBuy removes the competitive element which dominates most other online marketplaces. Removing this element of unfair competition also allows consumers to benefit from more choice, range, shopping experience and protection.

“When we opened the doors on day one, the message to the retailers was we will never compete. That was always the key thing for us, alongside focusing on the customer needs.”

It wasn’t always so straightforward though.

“When you first start, you’re in a supply and demand problem,” says Paton. “I call this the marketplace conundrum. On day one, you open your doors, and you have nothing to sell and no customers. And because you have no customers, no retailer will join you. Why would they?”

Despite these initial challenges, the business has become a genuine challenger to the household names of online retail. It raised £35m last year to focus on the business in a more targeted way, ramping up its expansion both in the UK and overseas.

“The other marketplaces out there are multibillion-dollar companies that have had, in some cases, a quarter of a century to optimise their product,” says Paton.

“The bar is set very high and we have to catch up quickly. We are launching new courier integrations, a new online checkout, new search functions, all kinds of things that will deliver what is expected by today’s consumer. That’s a good start. Then we can become an alternative platform.”

“That regeneration is what we’re really focusing on this year,” he says. “We’ll be breaking down everything we don’t love about OnBuy and changing it completely; top to bottom. It’s hugely exciting, but also quite painful!”

Shoppers have been crying out for a new marketplace, Paton says, and are tired of the same choices. “They were just waiting for us to meet their expectations first.” 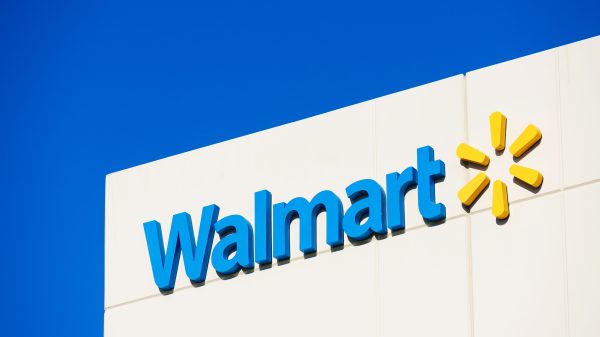 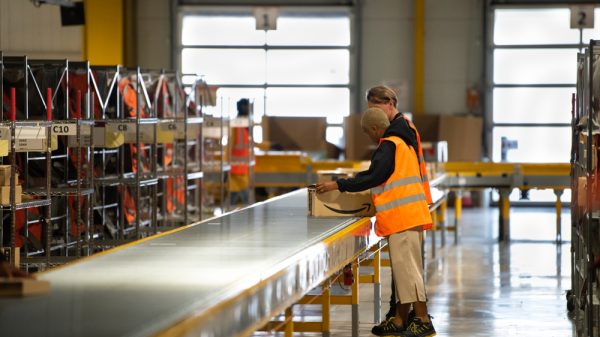