Delivery drones: dystopian or the future of ecommerce delivery?

Even in 2022, receiving packages via drone delivery may still sound somewhat dystopian and fantastical. However, many tech giants are hailing drones as the future of ecommerce delivery.

Over the past three years, there have been over 660,000 commercial drone deliveries to customers, according to a report by Mckinsey. The research also estimates that, as of early 2022, more than 2,000 drone deliveries are occurring each day worldwide.

The growth rate is accelerating every week, and it is projected that there will be close to 1.5 million deliveries in 2022, up from just under half a million in 2021.

A number of companies have been testing drone deliveries to smaller markets for several years but are tentatively beginning to go public with the service.

In a televised 60 Minutes segment, former chief executive Jeff Bezos said it would likely take “four to five years” to turn the project into a reality.

In 2019, the ecommerce giant debuted a redesign of its delivery drone and said it planned to launch the service in a matter of months, a pledge that ultimately went unfulfilled.

However, according to a recent Business Insider report, this year Amazon is aiming to recruit 1,300 test customers to place orders through Prime Air. These testers will be recruited from Lockeford, California, and College Station, Texas, with deliveries starting in September.

This would be the programme’s largest commercial test and a significant, public-facing expansion of Prime Air. The company also plans to operate 145 drone launchpads, have 250 drones in the air at any one time and deliver 500 million packages by drone a year, the documents say. 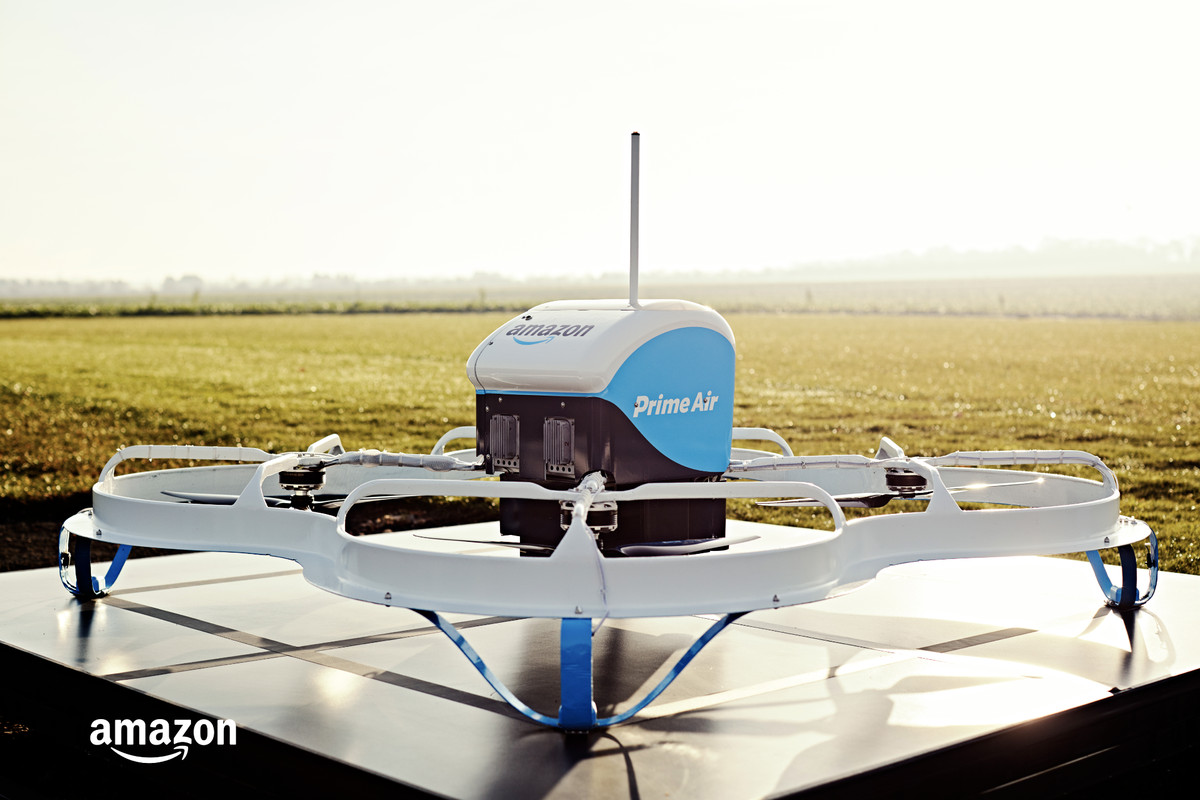 However, these ambitious plans are subject to change, according to company insiders.

Prime Air has been plagued with high staff turnover, regulatory challenges and health and safety concerns. According to a recent report from Bloomberg, five crashes occurred over four months at Amazon’s testing site in Pendleton, Oregon.

In May 2021, a drone lost its propeller and crashed, but Amazon cleaned up the debris before Federal Aviation Administration could investigate, according to Bloomberg.

A month later, as a result of technical failures, a drone flipped upside down and dropped from 160 feet in the air, causing a fire that stretched across 25 acres and had to be put out by the local fire services.

“Instead of a controlled descent to a safe landing, the drone dropped about 160 feet in an uncontrolled vertical fall and was consumed by fire,” the FAA said in its incident report, obtained by Bloomberg.

In the report, former and current Prime Air employees accuse the company of rushing the drone rollout and compromising safety.

“They give people multiple things to do in a very narrow window of time to try to boost their numbers, and people cut corners. They were more concerned about pumping flights out and didn’t want to slow down,” Johnson told the publication.

“They were more concerned about pumping flights out and didn’t want to slow down.”

Amazon’s drone programme is certainly ambitious and if successful, would have an enormous impact on the ecommerce delivery landscape.

However, there are evidently a number of obstacles to overcome.

Wing, the drone delivery company owned by Google-parent Alphabet, launched its first commercial service in the US on 7 April.

The company first began testing its service in the Texas suburbs last year, before rolling it out across all residential homes in Dallas.

Shoppers can order items from stores working in partnership with Wing, including Walgreens, Texas Health, Blue Bell Creameries and Easyvet. 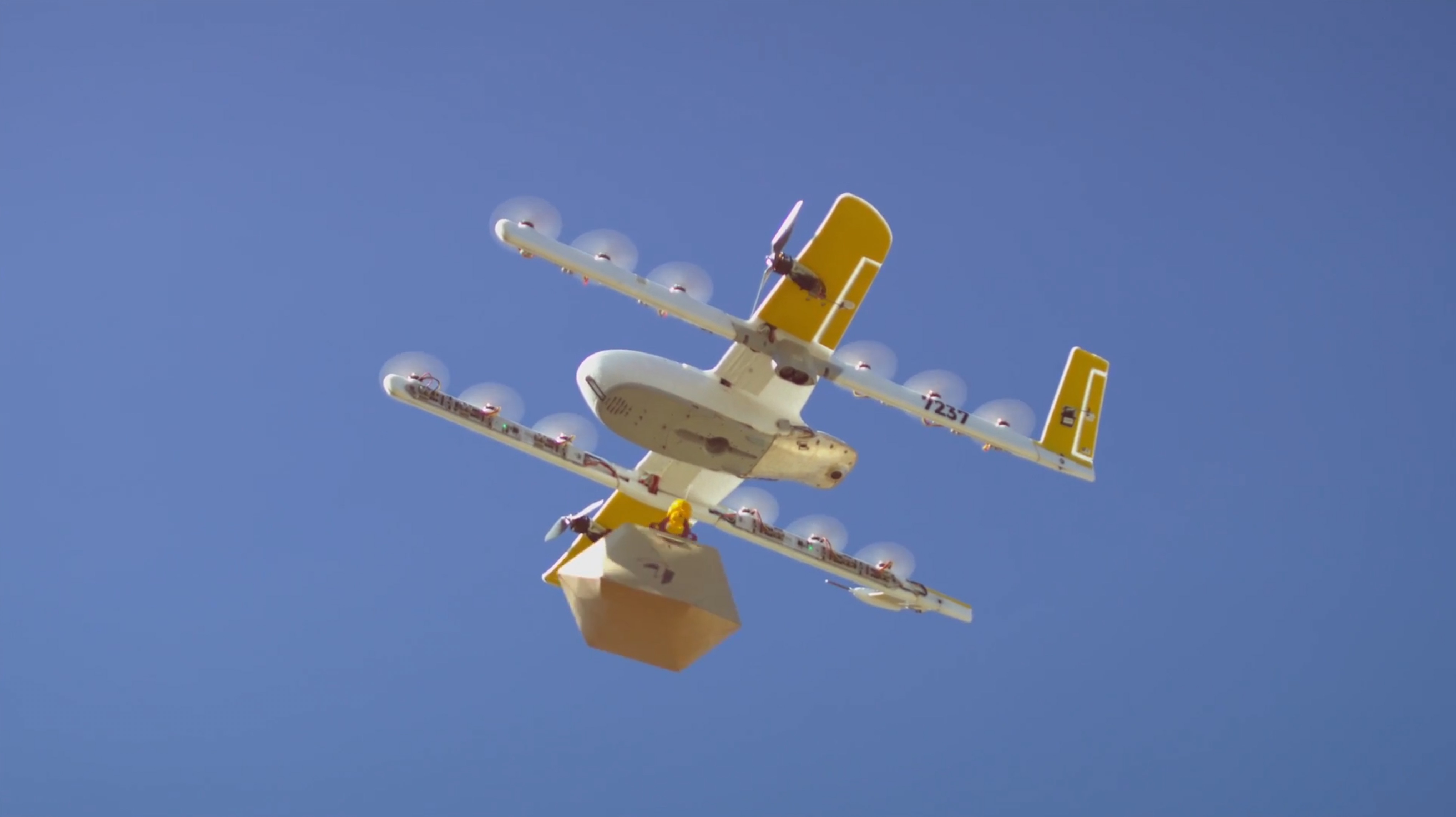 After processing an order online, staff at the relevant stores will take the goods outside and put them into a package attached to the drone. Wing’s operations team then remotely pilots the drone to the recipients home.

Wing currently operates in the US, Finland and Australia and recently completed its 200,000th delivery.

“This is an important milestone for Wing and drone delivery in the US,” Wing chief executive Adam Woodworth said in a blog post.

Crucially, unlike Amazon’s drones, Wing’s craft do not have to land to deliver goods. After arriving at the correct location, the machine slowly drops to a height of seven meters and simply lowers the package to the ground.

Back in November 2021, Walmart announced its partnership with Virginia-based drone start-up DroneUp. The supermarket giant has three delivery hubs in Arkansas nearby to Walmart store, in Farmington, Rogers and Bentonville.

The service operates from 8am to 8pm seven days per week, delivering items in as little as 30 minutes.

The company says its system provides “a safe, fun and convenient way for Walmart shoppers to get smaller packages delivered by drone directly to their homes as quickly as 30 minutes from the time of order.”

Convenience, delivered 📦 We’re teaming up with @godroneup to make drone deliveries from multiple stores in Northwest Arkansas. The first Hub is already live in Farmington, AR, and gives customers access to products in as little as 30 minutes. Read more: https://t.co/xhsK8PKRgg pic.twitter.com/XggKUoZEzv

Eligible, Arkansas-based customers simply select their items and place their order online. Operators then pack the order and secure the package to the drone before a flight engineer delivers the goods.

With an expansive network of stores across the US, Walmart could be well positioned to dominate the commercial drone sector. Hypothetically, each store could include a drone hub for local deliveries.

“Walmart already has a significant part of the infrastructure in place — 4,700 stores stocked with more than 100,000 of the most-purchased items, located within 10 miles of 90% of the U.S. population,” Walmart chief executive John Furner said.

“This makes us uniquely positioned to execute drone deliveries, which is why our investment in DroneUp won’t just apply to the skies but also the ground.

“Conducting drone deliveries at scale is within reach. DroneUp’s expertise, combined with our retail footprint and proven history of logistics innovation, puts us right where we want to be for that day.

“Because when it comes to the future of drone delivery, we know the sky’s the limit.”

Dominos made history back in 2016, with the world’s first pizza delivery by drone from a New Zealand store.

Now, Dominos and its 2016 drone partner SkyDrop have collaborated again to offer the service to more customers across New Zealand with new and improved drone technology. “We invested in this partnership and technology because we believe drone delivery will be an essential component of our pizza deliveries in the future,” Dominos group chief executive and manging director Don Meij said.

“This innovation means customers can experience cutting-edge technology and the convenience of having the freshest, hottest pizza delivered by drone from their local Domino’s store to their door.”

SkyDrop founder and chief executive Matthew Sweeny added: We’re excited to work with local stakeholders in New Zealand, who have the opportunity to be at the forefront of the drone delivery industry globally.”

“We look forward to expanding our leadership in drone delivery focused on the trillion-dollar store-to-door food delivery market.”

Since the initial trial, Sweeny said SkyDrop had developed faster, safer, quieter, and greener drones capable of carrying increased payloads of up to 3.5kg.

It had also improved the precision delivery altitude of the drone up to 60 metres, added a parachute system for safety, and received Part 102 Unmanned Aircraft Operator Certificate and Operations Specifications from the CAA in New Zealand.

To many consumers, delivery drones may still feel like they belong in a sci-fi movie.

However, with increased delivery speed, reduced cost and environmental benefits, it is no surprise that major tech and retail players are investing in the space.

As these companies strive to make drone delivery the new-normal, there will undoubtedly be a lot of trial and error. 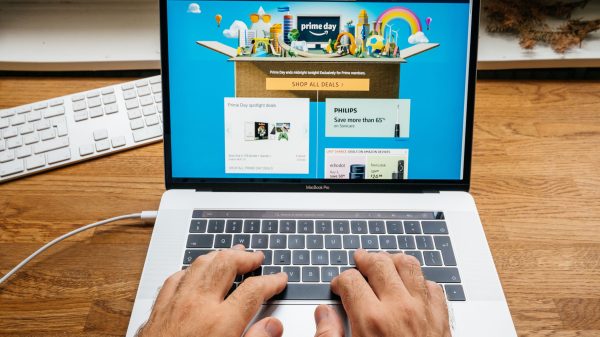