Friction is one of retail’s biggest pain points, whether its for an ecommerce site or a bricks-and-mortar establishment, the less friction points for the customer, the higher percentage of conversion for the retailer.

Checkout friction is one of the largest reasons for basket abandonment in the sector, especially in bricks-and-mortar retail. How do you fix it? You get rid of the checkout, according to Amazon.

The ecommerce giant’s ‘Just Walk Out’ (JWO) technology has revolutionised the bricks-and-mortar retail store caused ripples within the retail industry.

JWO uses a network of cameras and sensors to detect what a customer lifts off the shelf, before charging them once they have left the store via their Amazon accounts after they have entered the store using their Amazon login via a QR code. Customers then receive a digital receipt through their inbox.

“I think, you know, we’ve all seen during the pandemic, customers expectations are just changing all the time, the demands that we that we expect from from retailers is at a new level,” Amazon physical retail technologies, Just Walk Out, EMEA Lead Max Gill told an audience at the Retail Technology Show 2022. 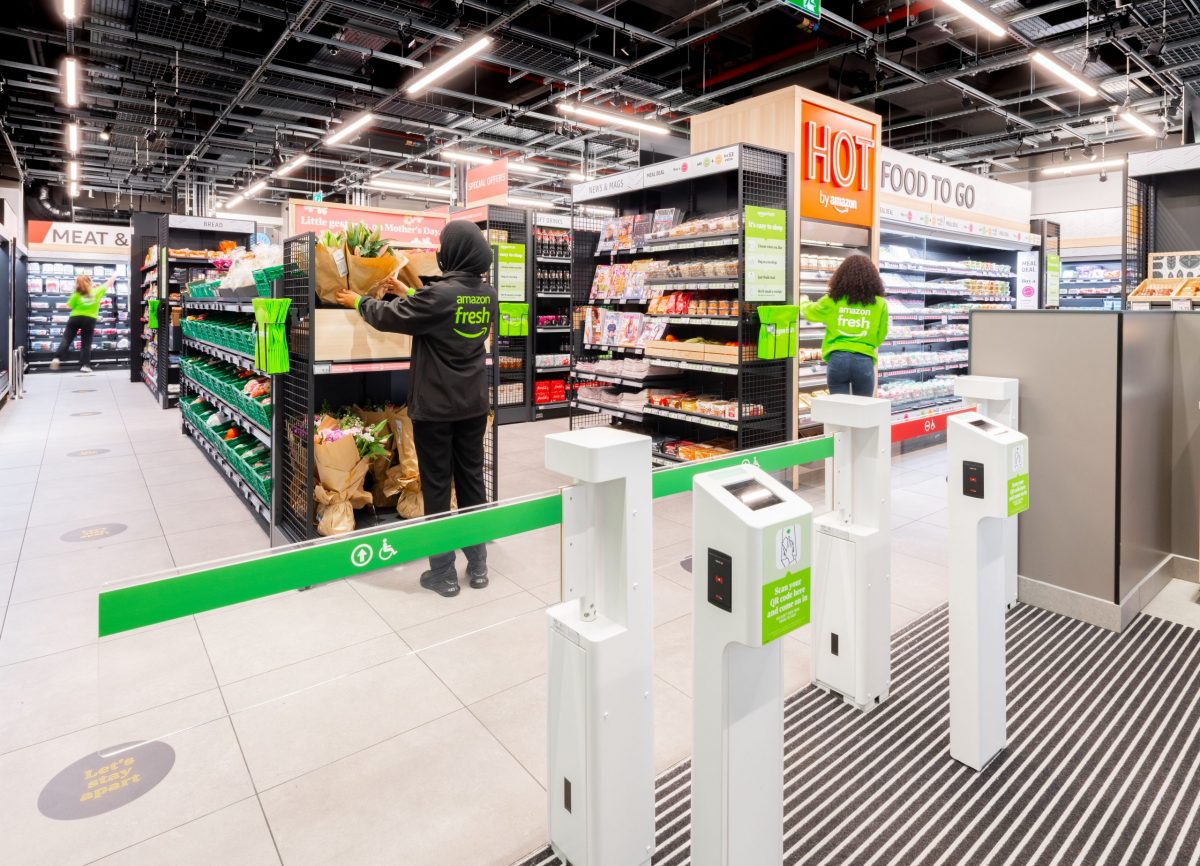 “Amazon’s had a good history in the online world. And what we’re looking now at is how to bring that expertise we’ve taken from the from the online world, and build new experiences in a physical store.

“People are actually willing to pay more for a reduction in friction. And so, what we took away from this was that there’s a really compelling reason for us to try and remove friction from the physical store, despite it being a difficult task to undertake.

“I think payment has been resolved by Apple Pay and Google Pay, but the area where we felt that there was most friction to really solve for was a checkout, it was where the customer couldn’t get past.

“So how do we kind of bring that mentality and that ease of purchase into the physical store?

“And so we set about back in 2013 to reimagine the physical store, and what we asked ourselves was, what if there was no checkout? What would have to happen for the checkout to be removed?

“How can we remove the checkout entirely from the process. And that’s what we set about trying to try to solve. We knew exactly what we wanted. We kissed a lot of frogs on the way.

“In 2016 we opened the first store in the back of our head office to see the technology work. We encouraged our colleagues to try and steal from it, which they did very effectively!

“We then opened an Amazon Go store, the first one in Seattle, to really look at then how do we actually operationalise this.

Since then, we’ve learned enough and we’ve built enough reliability for us to then sell the platform to third party retailers.”

“So from a from a consumer experience, they expect the stores look and feel like the same, but we’ve enhanced the experience for the consumer. It’s very easy to adapt very quickly.”