Gorillas is reportedly struggling to hit a £5 billion target valuation and has held informal talks with rival delivery firm Jokr over a possible merger, according to Business Insider.

The rapid grocery delivery service has been approached by investors in recent months concerning the new funding round, according to two people familiar with the matter.

However, people close to the company are skeptical over the merger, it will actually take place and whether it will be able to command the $5 billion it is asking for.

This has led to Gorillas executives already indicating that they are willing to go lower, Business Insider reported.

Two rival firms Buyk and Fridge No More were shut down earlier this year after being unable to secure new funding. 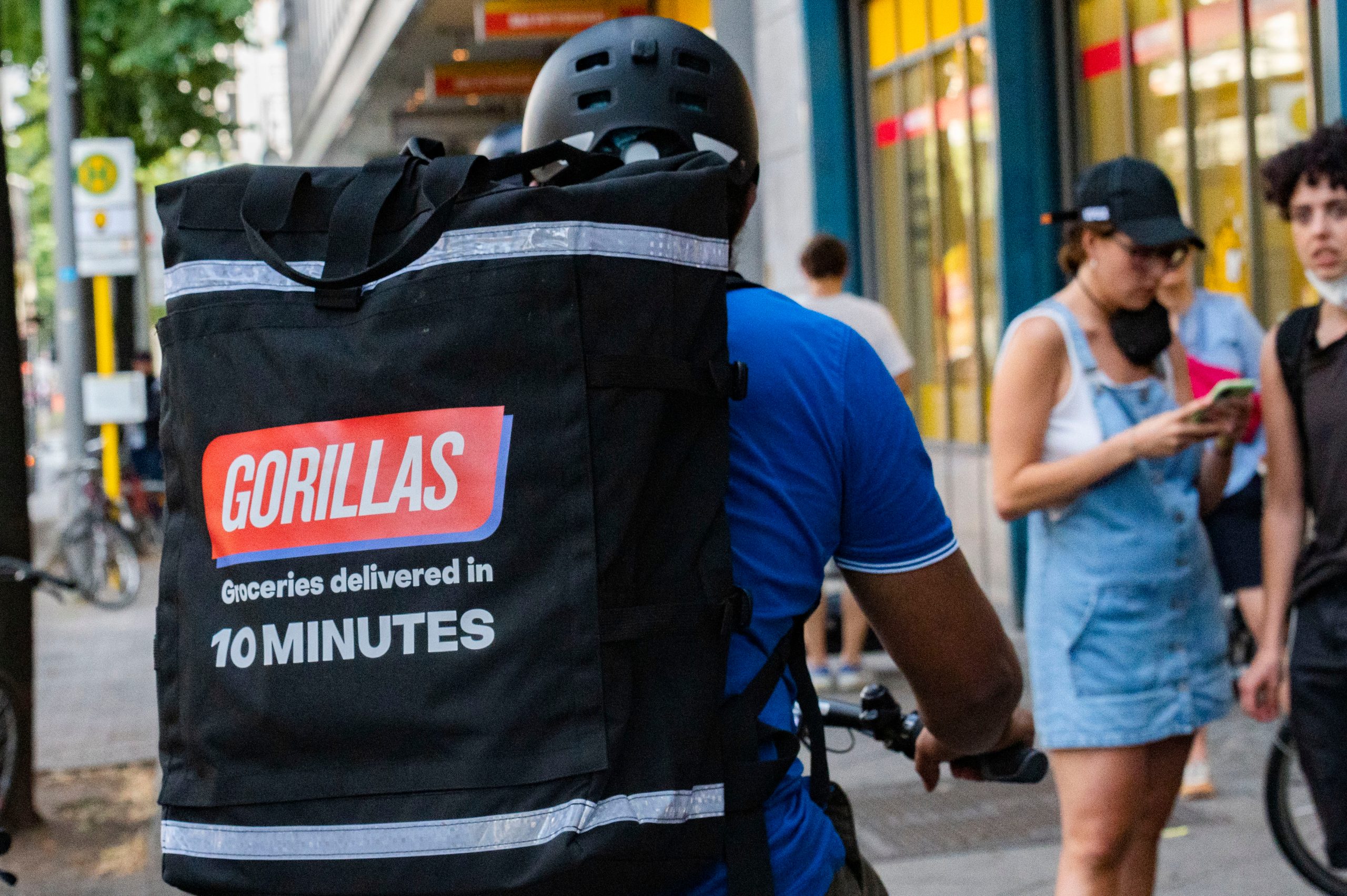 READ MORE: Gorillas in need of ‘reality check,’ according to food consultant

They have also have said they already have a commitment from a Middle Eastern-based investor, which they refused to name.

Both Grubhub and Delivery Hero’s share prices are also struggling as consumer demand for the sector wains.

Delivery Hero’s shares have dropped 75% in the last six months as a result. The delivery company also owns 8% of Gorillas, which it acquired last year when it led a funding round.

Gorillas’ position in the sector has become slightly more uncertain within the past few months after losing market shares in its home city of Berlin to rival Flink, according to Business Insider.

A recent report in the Hngry newsletter claimed Gorillas had acquired Jokr’s New York assets, although people close to the matter say Gorillas only took over one or two fulfilment centres.

Jokr is reportedly evaluating its plans in the US. It is currently based only in New York and Boston in North America.