Rapid grocery delivery company Jiffy has announced it will stop all consumer-facing operations this week, as it makes a “major strategic pivot” to become a dedicated rapid delivery software company.

The surprising announcement means that the new direction will become the company’s “complete focus”.

Click & Collect operations from its network of dark stores will continue “for the coming week or so,” with deliveries ceasing even sooner.

Jiffy launched in April last year and offers rapid grocery delivery orders within around 20 minutes from 14 dark stores in London.

The quick commerce firm said it would hold discussions with riders and warehouse operators regarding their futures at the company before “gradually downsizing” its store estate and headcount over the next few weeks.

“That was the toughest part of the decision, obviously,” Jiffy CEO Vladimir Kholiaznikov told The Grocer.

“This was a difficult decision to make, and one that was only made after careful consideration, but it is a decision that will ensure Jiffy continues to build sustained, long-term growth in the future – to the benefit of our customers, suppliers and investors.” 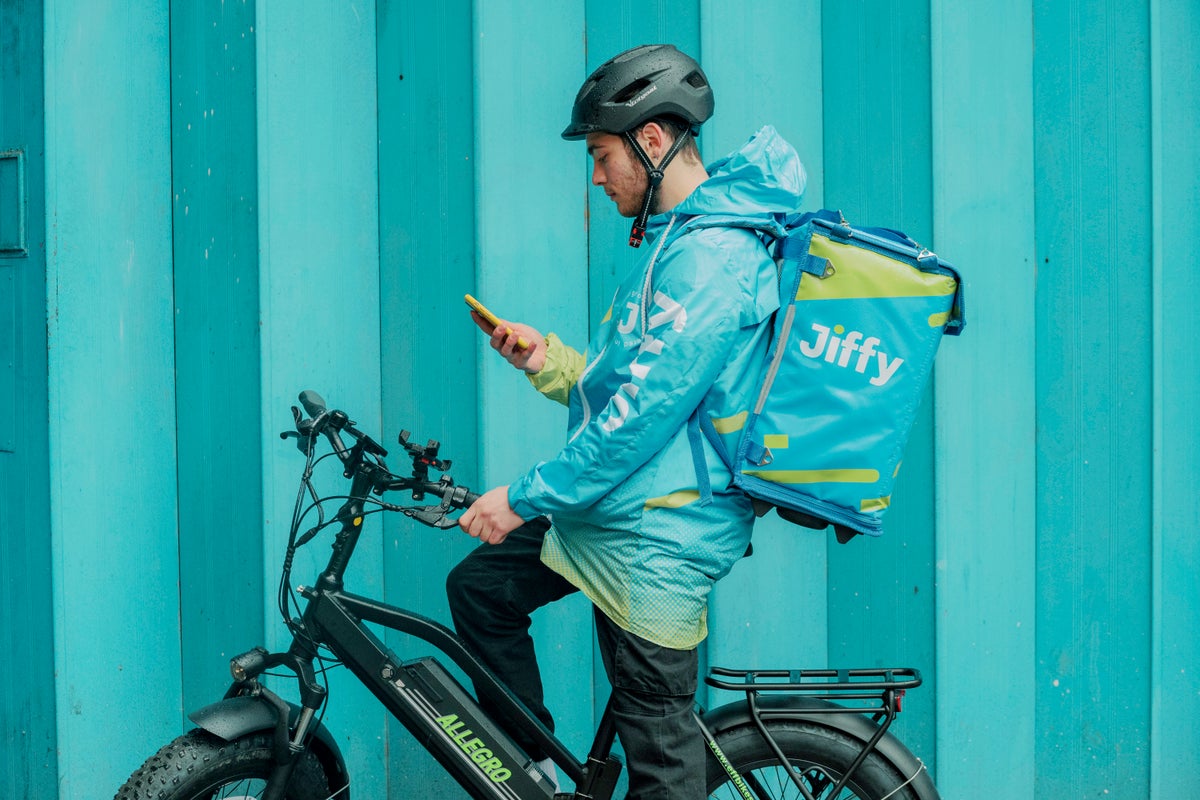 The decision is even stranger considering Jiffy became the first rapid grocery delivery firm to launch its own-label range, click & collect orders and even pizza delivery.

Jiffy said as a software business it expected to turn a profit within a “shorter horizon” than as a rapid grocer.

Kholiaznikov told The Grocer his company had 20 strong leads and a “strong pipeline” of retailers and brands wanting to use its software to offer customers their own rapid delivery service.

A number of companies around the globe are using Jiffy’s proprietary technology to operate their quick commerce operations, including one major grocery firm in Asia.

Its software “integrates thousands of q-commerce nuances” and consists of 20 micro-services such as customer mobile apps, distributed warehouse management and real-time inventory management, and allows brands to service customers who have “become accustomed to receiving goods to their homes within minutes of ordering” Jiffy said.

The ‘Quick-Commerce as a Service’ (QCaaS) was only launched in January, but enables brands and retailers to offer sub-15 minute delivery of their products or services via their own direct-to-consumer website, however using Jiffy’s ordering system and fulfilment network.

Craft beer brewer BrewDog became the first partner of the service and used it to launch its rapid beer delivery service which it coined BrewDog express.

Jiffy has said it still expects retailers from other categories to take up its technology, including small electronics and mobile phones.

The switch in the company’s model was decided after a three-hour board discussion on Friday, according to The Grocer.

Kholiaznikov told The Grocer he remained a “massive believer” in rapid grocery.

“This renewed strategic focus will capitalise on Jiffy’s core strengths – tech, product and operational excellence – in a B2B space that we expect to experience significant growth around the world,” he said.